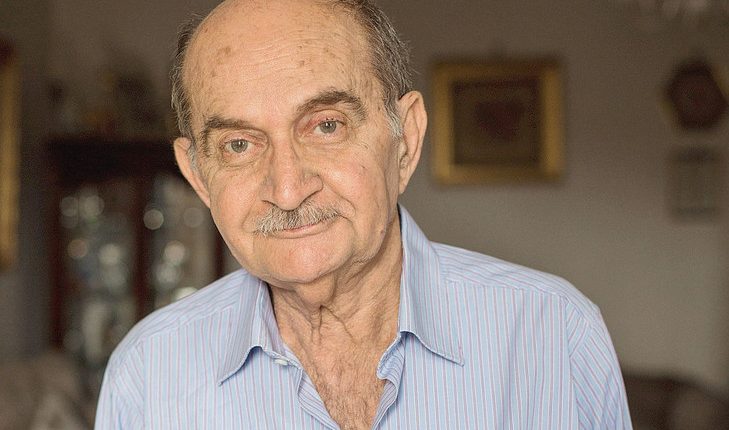 Rizkallah was laid to rest on Friday in the presence of his family, co-workers, and students. A funeral will be held on Monday.

Rizkallah penned numerous articles that were published in various regional and international newspapers and magazines. He created the Cinema Club and Oscar TV programmes for the official Egyptian television channel in 1975 and 1980 respectively.

Rizkallah served as a jury member for various film festivals around the world including Strasbourg 1978, Milano 1993, Rotterdam 2006, and Montpellier 2012. He has been attending a plethora of film festivals at his own expense since the late ‘60s, including Berlin; Moscow; Karlovy Vary; San Sebastian; Montreal; Venice; Nantes; Abu Dhabi; Dubai, among others.

Aside from his cinematic legacy, Rizkallah obtained a degree in Communication Planning and Strategy from Cornell University, New York, as well as a certificate in Management Communication Development from Management-Communication Associates of East Lansing, Michigan, in 1984.

He took part in the preparatory programme for Holding Higher Leadership Positions at the ministry of administrative development in 2001.

Over the past 20 years, multi-lingual Rizkallah travelled the world to cover film festivals, including Cannes in France, where he was a frequent guest critic, also during which he won several awards for film criticism. Noteworthy, Rizkallah was also granted The Ordre des Arts et des Lettres, an Order of France.