The Ministry of Antiquities announced the discovery of a number of wooden and stone tombs belonging to the Middle Kingdom in Dahshur.

The discovery was announced at the Bent Pyramid’s opening ceremony on Saturday in Dahshur after restoration. 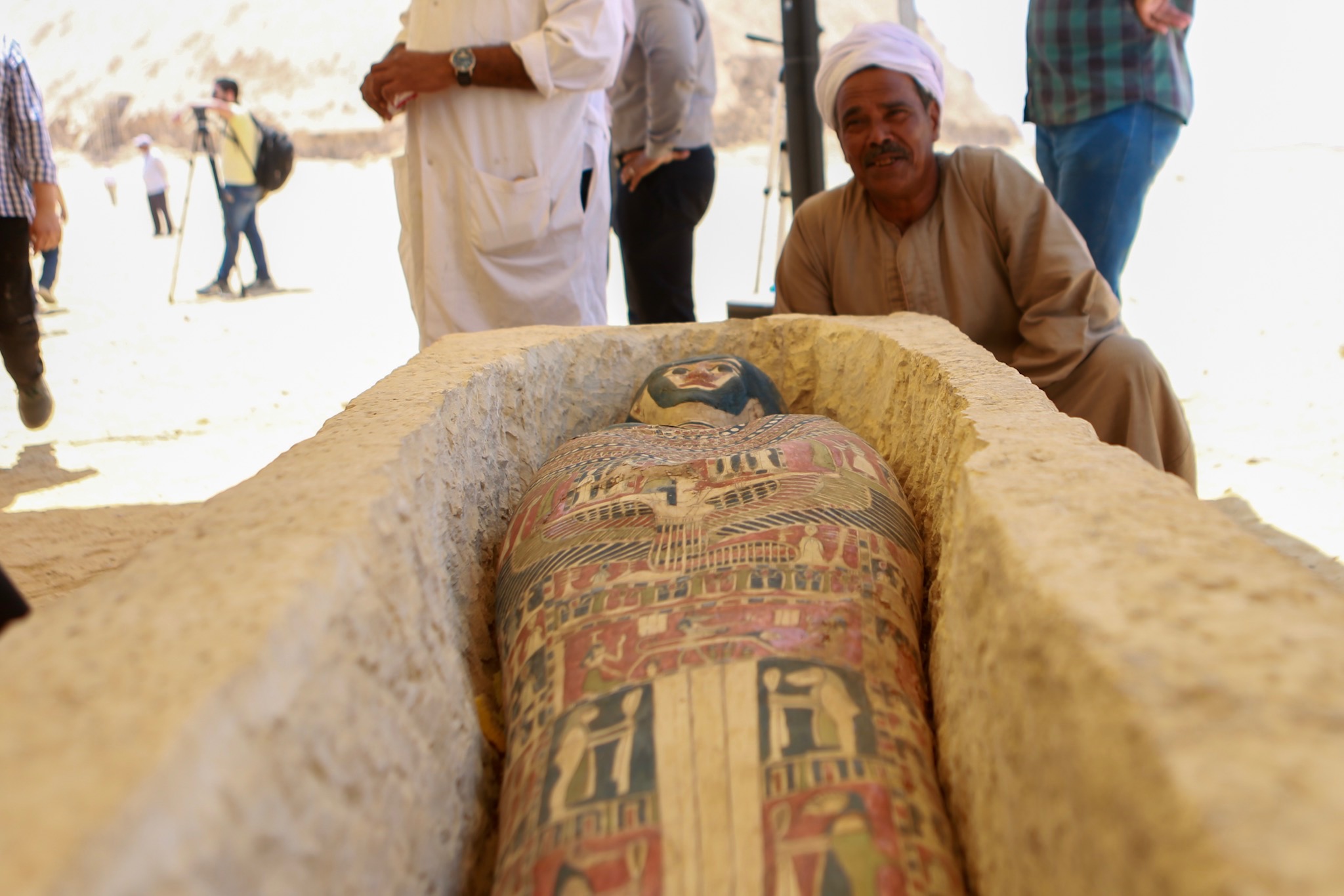 The opening was attended by 40 foreign ambassadors and representatives of UNESCO; the Secretary General of the Supreme Council of Antiquities, Mostafa Waziri; and the Giza Governor Ahmed Rashed.

In his speech, the Minister of Antiquities Khaled El-Anany said that the ministry also discovered a number of well-preserved mummies inside some of the unearthed tombs, as well as a number of wooden masks, of which some were not completely shaped.

Anany added that the excavation mission found a 60-metre-long ancient wall that showcases the architecture of the Middle Kingdom.

A number of cutting instruments belonging to the Late Dynasty were also discovered in the site, which tell that it was used at later eras from the mummies were buried at.

Anany said the Bent Pyramid and all the other pyramids located in Dahshur are listed at the UNESCO’s heritage list. The pyramid was built by the 4th dynasty royal Pharaoh, Sneferu, who also built two other pyramids in the area.

Waziri also stated in his speech that the restoration process included building interior and exterior stairs to facilitate the process for visitors roaming around and inside the pyramid. He added that the ministry placed a lightening network, as well as fully renovating the pharaoh’s burial chamber inside the pyramid.

He said that the mission started working in the area from August 2018 until April 2019, since they came across a number of stone and granite blocks which usually indicates having burial antiquities underneath.

He shared that the mission will keep digging in this area looking for further secrets they believe it holds.