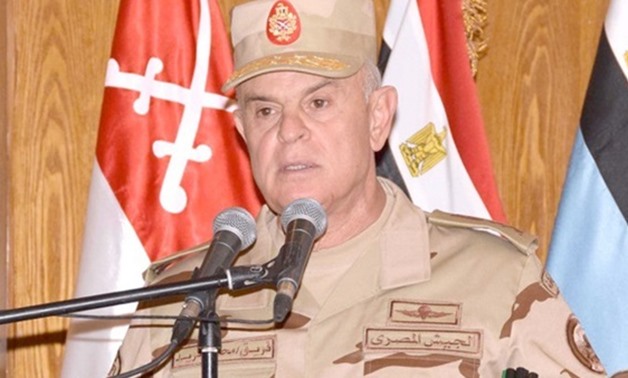 Egypt is hosting the sixth meeting of the Egyptian-Sudanese military committee on 14-18 July, according to the Armed Forces spokesperson’s Sunday statement.

The meeting is to be headed by both countries’ chiefs-of-staff, General Mohamed Farid of Egypt and General Hashem Abdel Muttalib Babakr of Sudan.

It will include discussions and meetings aiming to enhance mutual security and military cooperation between Sudan and Egypt.

Officials and commanders of both countries are also to address promoting coordination in various fields to maintain regional stability.

The meeting came as part of a series of regular meetings which are held in rotation between Cairo and Khartoum. The last one was in Khartoum in 2018.

Egypt and Sudan are enjoying strong relations, as both are coordinating to hold committees and summits to enhance bilateral cooperation in economic, political, and military fields.

Egypt has voiced its support to the Sudanese people who took to the streets since last December protesting against the high increase in prices then demanded the toppling of President Omar Al-Bashir. Al-Bashir was removed by his military last April.

Earlier last week, a high-ranking Egyptian delegation paid a visit to Khartoum, where they met with representatives of the protest alliance, the Declaration of Freedom and Change Forces.