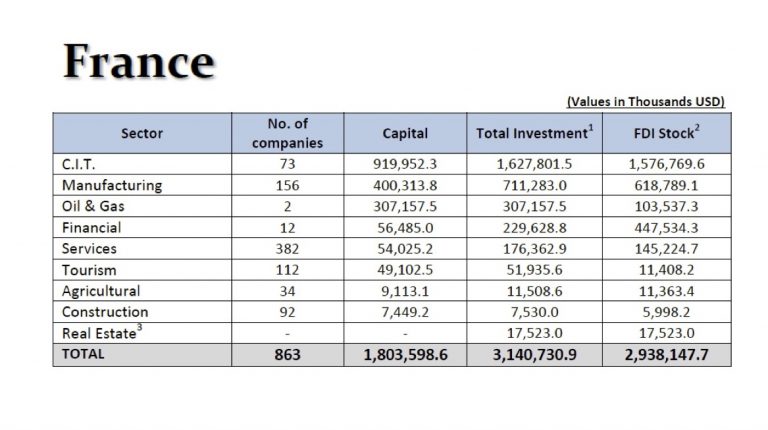 The Egyptian government, represented by the ministry of investment and international cooperation (MIIC), is exerting significant efforts to transform over 30 agreements, that were signed during French President Emmanuel Macron’s visit to Cairo in January, into reality, sources told Daily News Egypt.

The first disbursement tranche of the Social Protection Budget Support Programme, which amounts to €30m, is expected to be before the end of September 2019, sources said.

There are a number of agreements that are expected to be operational soon including the upgrading and renovation of the Cairo Metro Line 1, with investments worth of €50m, sources explained, adding, “three- party FEXTE partnership agreement for the implementation of a technical assistance programme for the development of wholesale markets in Egypt with amount €700,000 will be signed soon.”

A Memorandum of Understanding (MoU) between Egypt and Expertise France and the Agence Francaise de Development (AFD) for the health insurance reform in Egypt is expected to be operational soon, sources noted. They added that this project is financed through the AFD’s Funds for Technical Expertise and Experience Transfers (FEXTE).

Egypt and France signed about 30 MoU’s, letters of intent (LoI), and agreements during Macron’s visit to Cairo, which took place at the end of January 2019.

Notably, three intergovernmental protocols were signed during the visit. The French Ministry of Economy and Finance and the Egyptian MIIC, representing the Ministry of Transport, signed an LoI for a security audit by the SNCF for two railway lines for the Egyptian National Railways.

The French Ministry of Economy and Finance and the Egyptian Ministry of Supply and Internal Trade signed an LoI for technical assistance by SEMMARIS (RUNGIS) for the development of wholesale markets in Egypt.

The French Ministry of Economy and Finance and the Egyptian Ministry of Communications and Information Technology signed a declaration to enhance bilateral cooperation in promoting startups in the field of information technology.

The sources commented that the government is working in turning the governmental protocols into a reality while the private sector’s agreements are a matter that companies themselves are responsible for.

Additionally, AFD is currently preparing Egypt’s country sector strategy, the sources mentioned, noting, “we expect to organise a meeting with the relevant stakeholders to discuss Egyptian priorities within the framework of AFD strategy soon.”

AFD’s Country Director in Egypt, Fabio Grazi, told DNE in December 2018 that, “We are now preparing the country’s strategy. Many of our projects are traditionally related to the infrastructure sector, water sanitation, and urban development.”

The strategy will move toward implementing new projects in the social dimension of health and education, which are also Egyptian government priorities, added Grazi.

He denied defining the expected amount of finance that the AFD will allocate for its five-year strategy.

The sources said that the General Authority for Investment and Free Zones (GAFI) recently organised an investment promotion campaign for France where they held successful meetings with a number of French companies.

Moreover, the number of French companies in Egypt increased to 863 companies by the end of fiscal year 2018/19, according to the latest statistics’ updates of the GAFI compared to about 540 companies.

Daily News Egypt received a document from the GAFI clarifying that Egypt’s services sector seizes the lion share of numbers of French companies in Egypt with about 382 companies, then follows the manufacturing sector in second place with 156 companies, with tourism comes in third position with 112 companies, and there are a couple of other French companies working in Egypt’s oil and gas sector.

The document explained that total French investments in Egypt are at $3.140bn, $1.6bn of which are in information and communication technology sector, while more than $711m are in the manufacturing sector.

MALC to focus on boosting projects’ production in rural areas