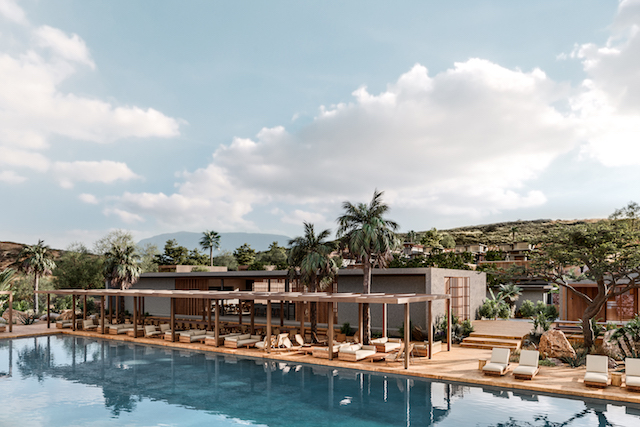 Orascom Development Egypt (ODE) is planning to add a 100-room-capapcity Casa Cook Hotel, one of the high-end hotels the company ever had with only four others in the Middle East, to its hotel portfolio in El Gouna, under the Thomas Cook brand by October 2019, bringing its total keys in El Gouna to 2,748, with ARR for the new hotels expected to exceed $150-200 per night.

This will be in addition to the renovation impacts of Arena Inn hotel (to be renamed Cook’s Club hotel) with 144 keys, expected to be finalised by August 2019. Moreover, the company is planning to add 200 more keys to existing hotels (Sheraton, Movenpick, and Ancient Sands) starting from 2020.

The company has concluded the sale of Royal Azur and Club Azur Hotels, as well as a land plot in Makadi at an EV of EGP 856m, which resulted in cash proceeds of EGP 408m and deconsolidation of debt worth EGP 260m. Furthermore, ODE has signed a EGP 3.8bn debt rescheduling package, strengthening its balance sheet and creating more flexibility in advancing its projects. The transaction involves the immediate cash payment of EGP 325m out of a total EGP 650m, with the remaining to be paid during 2019. ODE’s lenders agreed to reduce the interest rate margin on the foreign currency debt by 100 basis points (bps). This will reduce the weighted average cost of debt from 10.5% to 9.3% and result in annual savings of EGP 70m in interest payments for 2019 and a total of EGP 320m over a six-year period (2019-2024)

Regarding land valuation, the latest valuation done by CBRE values EL Gouna assets at $2.1bn, 42x its current book value. As per CBRE, land bank in EL Gouna is valued at $79.4 per sqm (versus $65 per sqm previously), with a total value of undeveloped land bank standing at $1.8bn. The lowest price of a recent carve-out of land was done at $130 per sqm, which is much higher than the CBRE value. The CBRE valued the 17 hotels in El Gouna at some $303.6m, compared to the book value of $39.3m.

Prices (ARR and average selling price per sqm) in El Gouna are expected to be increased by 15-20% throughout 2019, while unit sales might witness a slight decline (as the company wants to control supply to maintain quality). In O West town, prices for villas stood at EGP 22,000 per sqm on core and shell and apartments at EGP 18,200 per sqm fully finished; these are also expected to witness price hikes of 10-15% throughout 2019. Positive margins of O West are expected to kick-in starting from 2020 and to be close to breakeven in 2019 due to the upfront sales and marketing expenses. In 2020, the EBITDA margin of O West is expected to stand at 30-35%, and El Gouna at 55%-60%

Naeem Research views strong indications for robust performance in 2019, driven by the increase in occupancy rates and a strong build-up of demand for real estate. Management is planning for real estate launches in September 2019 in El Gouna and O West; the strategy is to have two new launches every year. The company maintains a positive view, noting that demand for real estate remains strong across its project portfolio, including the recently launched O West.

There are no red flags on liquidity as well, down payment schemes in El Gouna and O West have been left unchanged at 15% and 10% (versus usual industry norms of 5-10%), respectively, with payment plans of five and seven years. Furthermore, Taba–which has suffered from stumpy occupancy rates of 37% compared to 78% back in 2010 with only four Hotels out of six still operating–is expected to witness some recovery after the German Ministry of Foreign Affairs has removed its travel ban restrictions to Taba International airport. Taba Heights used to generate approximately $20m of pure EBITDA in 2010.

The ESOP plan of 2% of total outstanding shares is being launched and priced at par value.

ODE is a high-end-niche integrated real estate-town developer and hotel operator. The asset portfolio is divided into several projects, El Gouna with total land bank of 36.9msqm with only 40% developed, and 16 hotels with total number of rooms of 2,458, a hospital, two golf courses, three marinas, and four schools.

O West, located in the 60th of October, is the first-home project launched in December 2018, with 4.2m sqm of undeveloped land under a revenue sharing model with the New Urban Communities Authority (NUCA). ODE owns 70% of O West. NUCA is entitled to 26% of residential sales collection in the first eight years.

Shareholding structure is divided as such: 75% owned by the parent company Orascom Development Holding (ODH, listed in SIX) and the remaining 25% is free float, both institutions and retail.