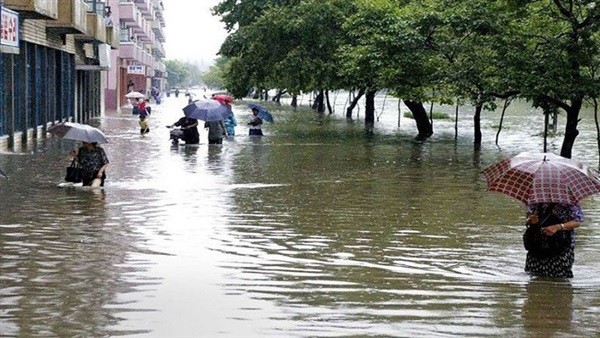 Egypt expressed its condolences to the government and people of India, Nepal, and Bangladesh, for the victims who were dead or injured as a result of the floods that recently hit south Asia.

In a statement from Egypt’s Ministry of Foreign Affairs on Sunday, Egypt extended its condolences for the families and relatives of the victims, wishing the injured a speedy recovery. The ministry added that Egypt stands with the South Asian nations in the crisis.

Furthermore, Egypt also condemned on Sunday the terrorist attack that targeted a hotel in the southern port city of Kismayo in Somalia, on Friday, according to a statement from Egypt’s Ministry of Foreign Affairs.

The attack resulted in the killing at least 26 people, and injured 56 people. Kenyans, Americans, Canadian, British, and Tanzanians are among the dead, while the four attackers were shot dead.

The statement asserted that Egypt stands with the Somali federal government and the people in the fight against terrorism, sending Egypt’s government and its people condolences to the victims’ relatives and hoping for a speedy recovery for those who were injured in the attack.

Kismayo is the commercial capital of Jubaland, an area in southern Somalia, which Al Shabaab Al- Mujahedeen are still partially controlling.

Members of the Al-Qaeda-linked group stormed the hotel after being targeted by a suicide car bomb on Friday while tribal elders and deputies were gathered to discuss the upcoming local elections.

Somali security officials told local media that the operation of ending the attack was over at 7 am on Saturday.

There are journalists among the dead. The Somali Syndicate of Journalists confirmed the death of Somali-Canadian journalist, Hodan Nalayeh, and journalist Mohamed Sahl Omar who died in the attack.

Al-Shabab Al-Mujahedeen’s military operation spokesperson, Abdiasis Abu Musab, said that the militant group had been behind the attack.

“First, we targeted the hotel with a suicide car bomb and then the armed mujahideen stormed the hotel. We are still fighting inside the hotel,” he said.

The terrorist group is fighting against the Somali government since 2011, ever since it was forced out the capital by the Somali and African Union multinational forces. The group conducted several attacks against police and civil gatherings.