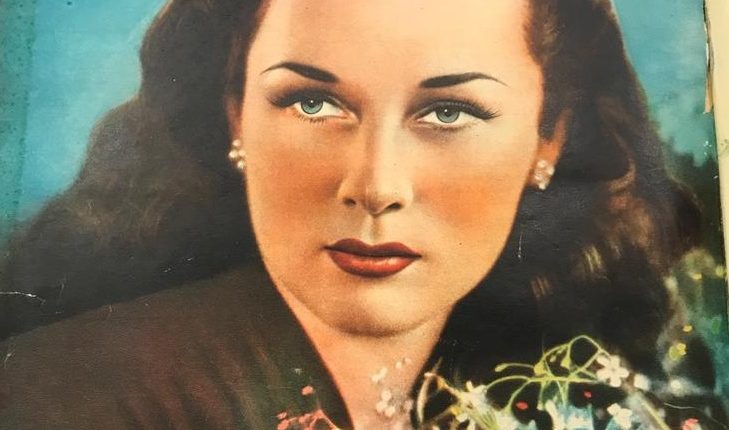 Behind mesmerising gazes of Queen Fawzia Fuad, lies thousands of hidden stories that no one knew about until she closed her eyes for the last time.

The coloured, almond shaped, wide eyes of Egypt’s last official princess held the passion of a young woman’s dream of changing the world into a better place. This mirrored the power royal women had. 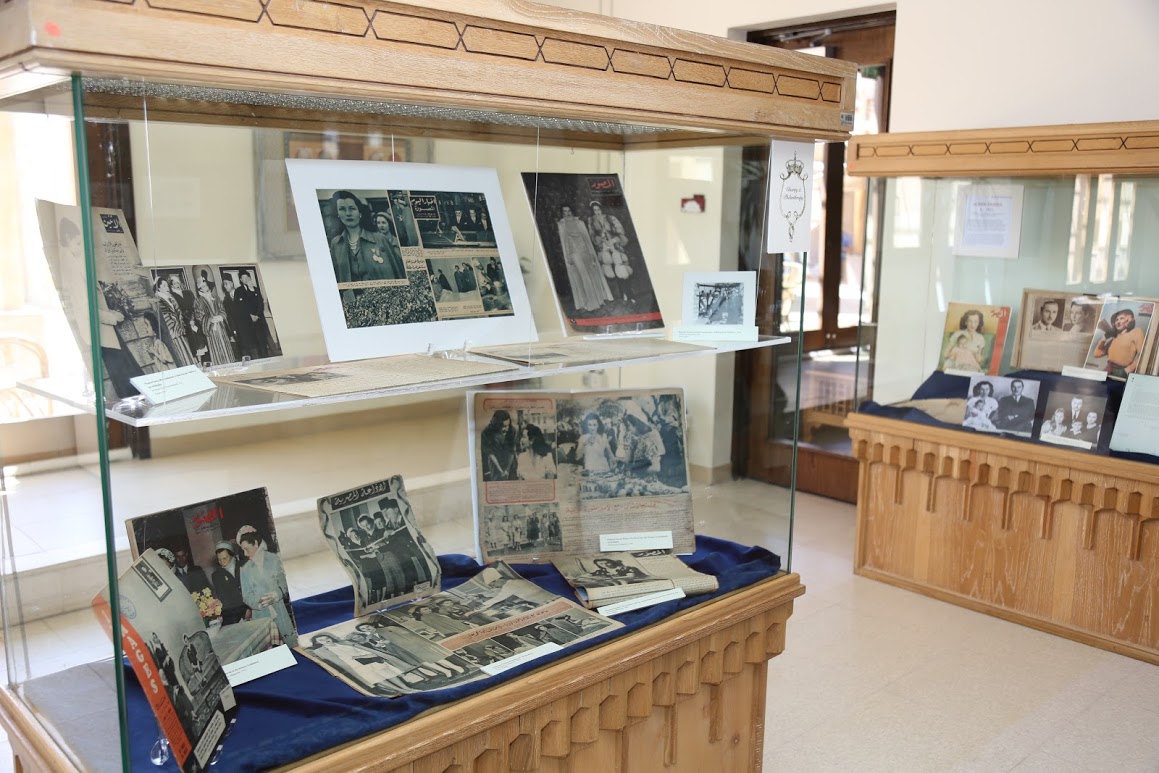 Over five decades after she was trooped of her place, the queen’s descending life sparked the curiosity of the Egyptian-American 10th grade student, Jana Amin, leading, with the cooperation and supervision of the American University in Cairo (AUC) into the launch of recently open exhibition, “Princess Fawzia: The Duality of Egyptian Womanhood through Western and Egyptian Eyes.”

Held at AUC’s Rare Books and Special Collections Library, the exhibition showcases the local and international media coverage the princess received throughout her life, since she was born as the youngest sister of King Fouad, until she passed away four years ago in Alexandria.

The exhibition came to life as a result of Amin’s research at Harvard, Oxford universities, the KEW National Archive in the UK, and the AUC’s Rare Books Library.

Curated by Iman Morgan, an expert at AUC’s Rare Books and Special Collections Library and one of the researchers, who helped Amin with the research for over a year, and worked on collecting all the possible journals that were published about Fawzia.

Fawzia’s life media coverage was rich in content. The young royal princess became Queen of Iran at a very young age, as she married Shah Mohammad Reza Pahlavi. Local and international newspapers and magazines closely followed the boat of the young couple as it sailed and tied political knots between Egypt and Iran.

“Growing up surrounded by strong Egyptian women, I experienced the disconnect between the women in my own life and those portrayed in the media. I felt strongly that Egyptian women ought to take control of their narrative,” 16-year old Amin said, adding “Discovering Princess Fawzia by mere accident while googling one day, sent me on a journey of discovery, uncovering the fascinating life of this princess.”

The exhibition showcases the contradictory media portrayals the late princess received. While local press portrayed her as a model of modern Egyptian womanhood, western press striped her from her agency, and presented her as a fawn. 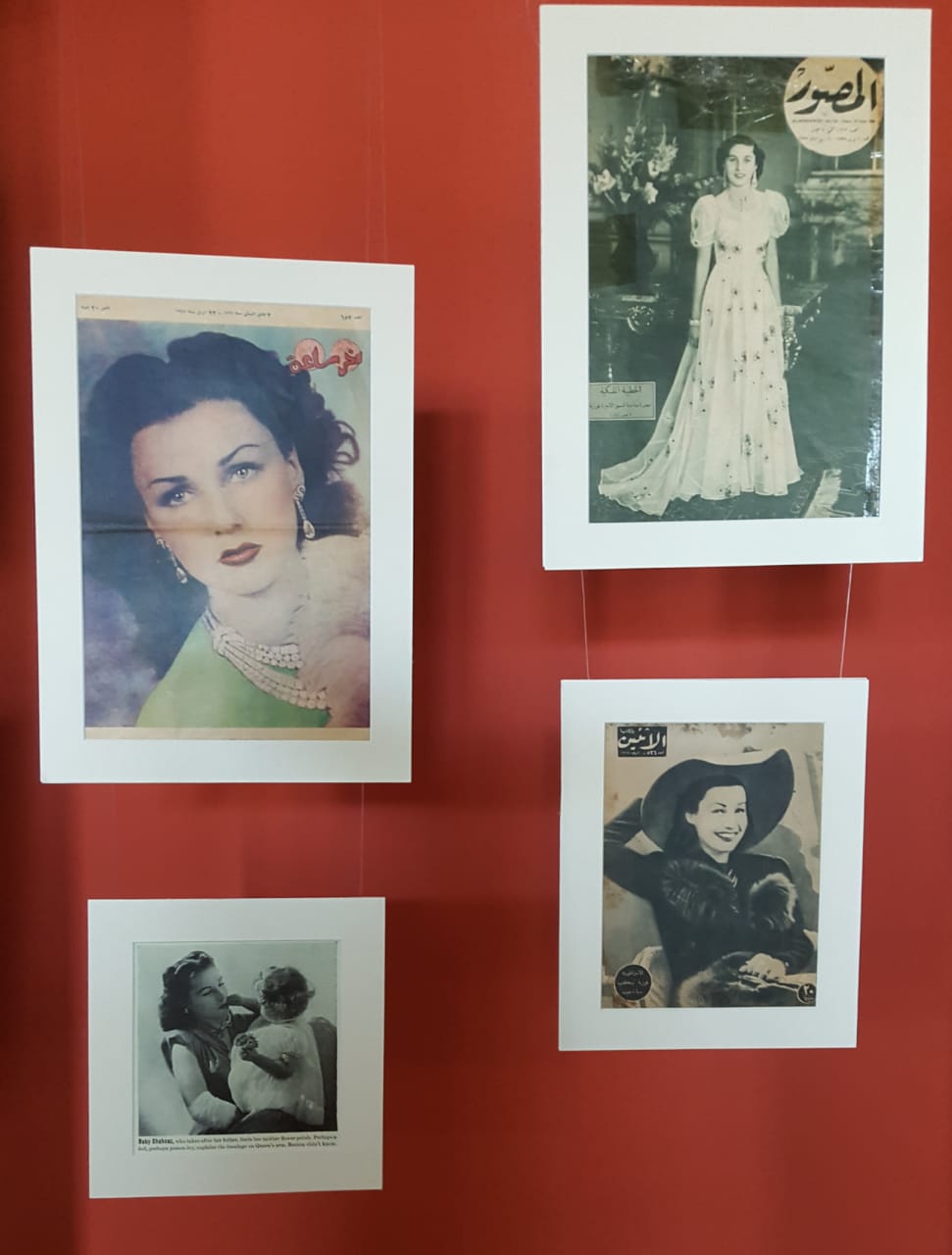 The exhibition is divided into four themes, each presented the media coverage of a phase of her long journey; her early life, the two weddings she had; the first with Pahlavi and the second to Ismail Chirine, Egypt’s former minister of defense, and her death.

The exhibition took place on July 4, commemorating Fawzia’s fourth death anniversary, and is running until August 31.

Early life is the name tag of the first showcased timeworn papers.

The early life section contains the announcement of her birth in the state-run newspaper, Al-Ahram, in 1921, with a number of pictures of her with her siblings playing in Al-Montazah Palace in Alexandria.

The theme also contains pictures of Fawzia with her nannies, and her first favourite teacher. Her stories are shown through a number of local magazines, such as Al-Musawar magazine, which played an essential part in documenting her four life phases.

Among the displayed documents was a letter the princess wrote to her teacher at a young age. In it, she described the love and admiration she has for her, and how she taught her everything she knows in life.

Amid their tremendous efforts in collecting all the possible pictures, and news portrayals documenting the life phases of the beloved princess, the AUC was gifted the coins of Muhammed Ali’s family up until the era she was the queen of Egypt. They were gifted by Mohammed Sadwq, an antique collector.

The second theme, was the one that attracted international media the most, which is her two weddings. Marrying the King of Iran, princess Fawzia had two weddings, one in Egypt and the other in Iran.

Dozens of publications highlighted the wedding of the year, and local magazines followed the tiniest details of the gala event. It was featured as one of the most luxurious weddings in Egypt’s recent history.

The dedicated cabinets for the theme displayed the royal pictures of the two weddings, the souvenirs which were distributed to the elites and the royal family members, the magazine special issues that chronicled the Iranian diplomatic delegation’s visit to Egypt to request the marriage of Fawzia to the King of Iran, the preparations of the big day, and the journey to Iran where she had the second wedding.

Through the several months of the research phase, the AUC researchers team looked for the siblings of ministers hoping to find anyone who could have attended the wedding and has memories of it.

Curator Morgan believes that this era in princess Fawzia’s life held most of the media attraction despite being discreet.

“Foreign media portrayals wrote the most about her first marriage. They always portrayed her as a helpless woman striped of her agency and wrote that she was sold for political reasons. Magazines only wrote about the marriage as a diplomatic deal for which the princess paid its price, without mentioning her power or determination,” Morgan told Daily News Egypt.

Living for over a year within the stories of the late princess, Morgan believes that these stories were not correct.

“She was a humble woman, yet she was very strong, keen on making a difference in other people’s lives, and empowering women of her country. That was never displayed but in local media,” she explained. 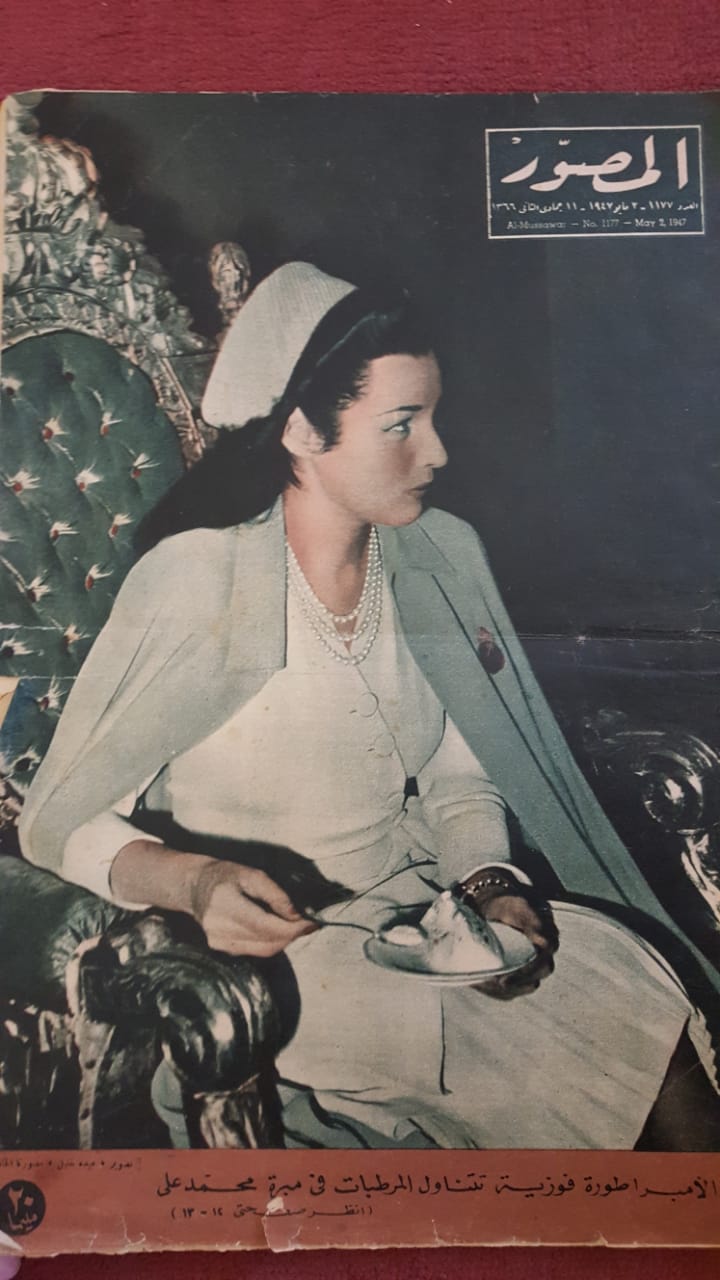 The community work of princess Fawzia was the element that captivated the hearts of the researchers the most, leading to display it as the exhibition’s third section.

Princess Fawzia was focused on educating women in her hometown, and supporting them with the required elements to become fully empowered.

The exhibition chronicled the news of the princess who opened up a number of hospitals and closely followed the food prepared for the patients. It also puts on display a number of pictures featuring the beauty queen as a volunteer nurse in World War II with the army to help wounded soldiers.

“It was not only that she was personally engaged in society, she further encouraged other ladies to follow her footsteps and have an effective role in society,” Morgan added.

The exhibition displayed Fawzia’s dedication in a number of charities such as inaugurating schools for underprivileged young girls.

This period of time synchronised with her divorce from the king of Iran, which Amin found at the KEW National Archive in the United Kingdom.

The fourth section, which brings the last phase of her life to the public, showcased her second marriage after which she started disappearing from public life at her husband’s request.

Egypt’s economy to grow by 6.8% annually until 2027: Center for International Development at Harvard University