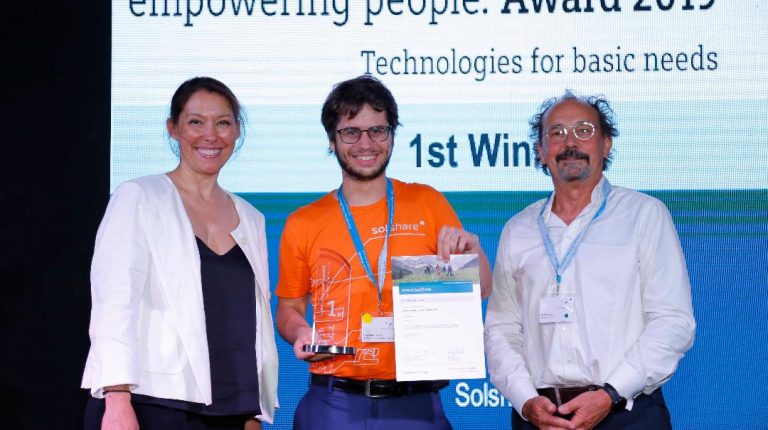 The SOLbox, a product from Bangladesh’s SOLshare, won the first prize in the Empowering People Award 2019 competition organised by Siemens Stiftung to support entrepreneurs around the world.

The Bangladeshi project, which aims to use solar energy to solve the energy shortages, won €50,000.

Avatar Sign Language Interpreters, developed by Mind Rockets, won €20,000 ranking third. This is a Jordanian project to integrate the marginalised with hearing disabilities into the learning process.

“The winners represent the most impressive local solutions which have great potential to impact people in developing regions around the world,” he added.

Huber explained that the foundation is working separately from Siemens, which allocated, when incepted 10 years ago, €400m to support entrepreneurs. He added that the budget allocated this year was €8m with a focus on the activities of renewable energy solutions and the provision of clean and safe drinking water in areas that lack these basic services.

He told Daily News Egypt, during the ceremony, that the contestants must have business models capable of attracting investment and growth and it also must provide real solutions to solve problems that societies are experiencing with simplified technology.

Each solution in the list of projects that reached the finals was part of a general solution base, which would enhance the feasibility of these projects and open up new avenues for cooperation and funding.

In a tour of projects that qualified for the final list, the projects focus on providing solutions for those with special abilities, whether educational solutions, artificial limbs, learning methods for the hearing impaired, and a project to reduce food waste through an electronic application that allows delivery of food leftovers to those who need it.

This year – the third edition of the award ceremony – saw a record number of entries with about 800 award submissions from 86 countries. The majority of entries came from Africa and Asia, with a strong showing from the Americas. There were 11 projects which reached the finals and were celebrated in Cairo.

Total prizes awarded to the winners amounted to €180,000, in addition to granting 11 projects that reached the finals an exclusive membership in the International Empowering People Network, which supports entrepreneurs and inventors.