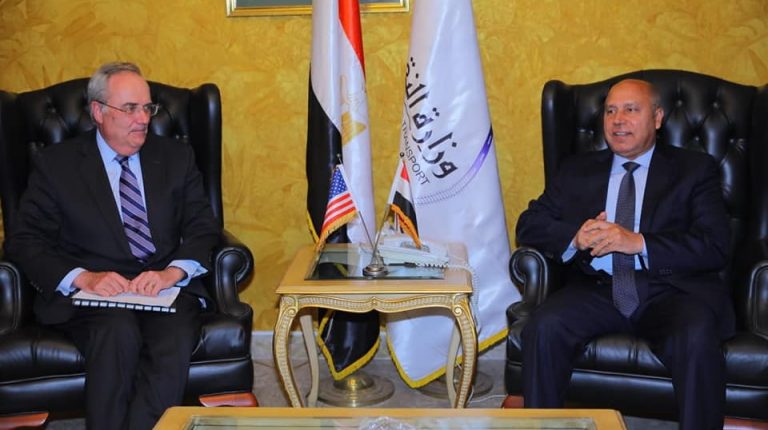 Egypt Minister of Transport, Kamel Al-Wazir, met with Chief of Mission and Chargé d’Affaires of the United States in Egypt Thomas Goldberger on Monday to enhance bilateral cooperation in various fields.

Officials of the ministry and the head of Egyptian National Railways also attended the meeting.

Al-Wazir reviewed investment opportunities of the transportation sector in Egypt including improving the railway sector and maritime transport.

The minister also highlighted cooperation with the General Electric company and the manufacture and supplement of 100 railcars and upgrading of 81 others.

He also referred to the training programmes for Egyptian technical agents as well as importing 50 locomotives and improving 50 others with the Electro-Motive Diesel (EMD), which is an American manufacturer of diesel-electric locomotives.

In a similar context, the ministry said that Kamel is following-up on the manufacture and the import of 140 rail cargos at a cost of EGP 544m, and the upgrading of 200 railroad cars for third-class passengers.

The ministry’s move came to improve services for commuters and railway sectors.