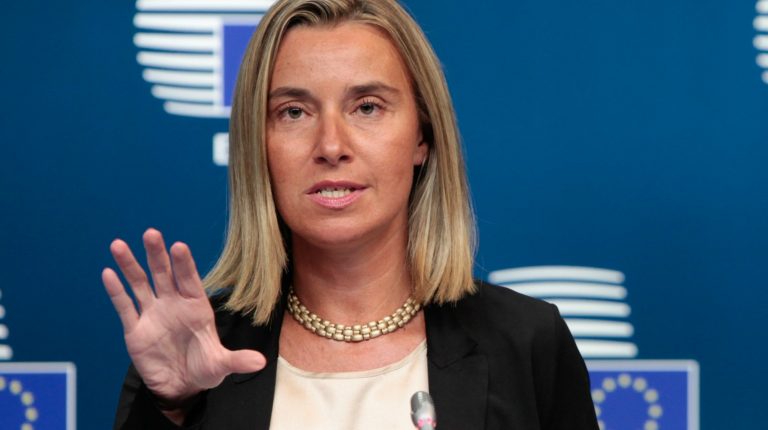 European Union (EU) agreed on Monday to impose several political and financial sanctions on Turkey for its persistence on illegal drilling in the regional waters of Cyprus.

Turkey is facing political and financial sanctions that will be declared in the upcoming hours, the High Representative of EU for Foreign Affairs, Federica Mogherini, said during a meeting for EU Foreign Ministers held in Brussels.

On the sanctions, different media outlets quoted anonymous EU sources who asserted that the largest sanction will be cutting $145.8m from EU planned aids for Turkey in 2020, besides suspending high-level EU-Turkey dialogues.

Earlier in June, many EU leading figures threatened to impose sanctions against Turkey if it kept illegal drilling in the regional waters of Cyprus.

The EU-member Cyprus exercises its authority only over the southern part of the island, while Turkish forces control the northern part and declared it as the Turkish Republic of Northern Cyprus, however there is no international recognition of it.

In response to the EU planned sanctions, the Turkish Foreign Affairs Minister, Mevlut Cavusoglu, denounced the EU decision against his country, saying that these are “subtle issues that should not affect us.”

“EU was forced to take the worthless decisions under pressure from Greece,” he claimed.

He noted that EU is aware that application of such decision is impossible, adding that the decision was issued only to assure the Greeks.

Relations between Egypt and Turkey is witnessing a deadlock. In 2013, Egypt has decided to decrease level of diplomatic relations with Turkey from ambassador to chargé d’affaires. It also declared the Turkish ambassador to Egypt as a persona non grata (an unwelcome person).