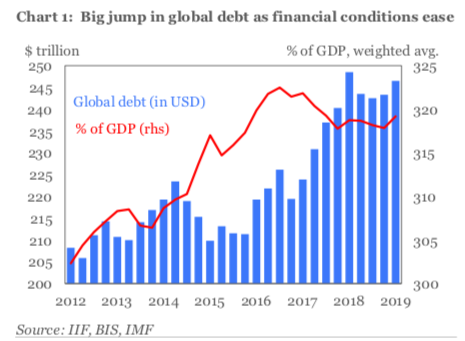 Egypt’s government debt to the GDP declined to 91% in the first quarter (Q1) of 2019, down from 100% during the same period of 2018, the Institute of International Finance (IIF) said in a report.

Meanwhile, the ministry of finance aims to reduce the ratio of the debt to the GDP to 93% in June 2019 and then to 88% in June 2020, to reach 80% in June 2022 in light of targeting an annual first surplus of 2% of the GDP and achieving annual growth rates of more than 6% in the medium term.

“The rise in overall debt-to-the-GDP ratios since Q1 of 2018 has been most significant in Chile, Korea, Brazil, South Africa, Pakistan, and China,” the report explained.

In contrast, the IIF stated that Ukraine, Egypt, the UAE, Hungary, and Lebanon have all reduced total debt ratios during the past year.