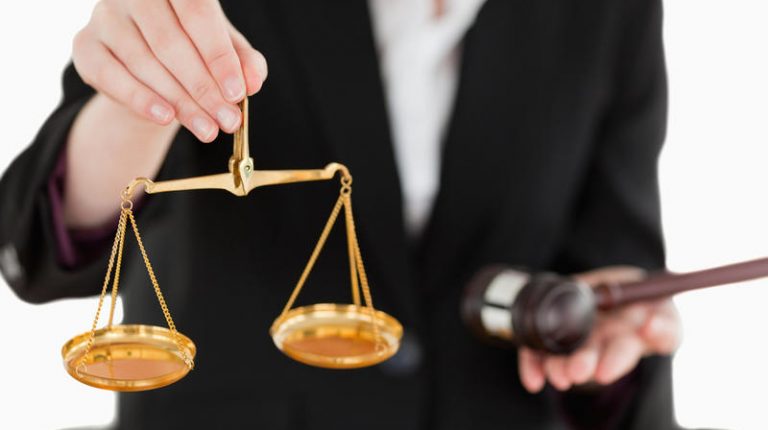 The court was trying a case about stock market manipulation. The judicial panel was led by Mohamed El-Feki and included Mahmoud Rashdan, Abdullah Salam, and Usama Aboushaisha, alongside Qandil. Several individuals from the Mubarak regime are suspects in this case, including the former president’s sons, Alaa and Gamal Mubarak, in addition to seven others.

However, Qandil is not really the first female judge in Egypt’s criminal courts. She was preceded by judge Sally Al-Saidi, who was part of several judicial panels in criminal and misdemeanour courts in 2009. She ruled on 95 criminal cases that year.

In 2013, Al-Saidi was appointed as a member of the technical bureau of the Court of Cassation (Criminal Division).

Notably, the role of the technical bureau is to conduct legal research and studies, but this would not give her the authority to try or rule on cases.

The question is: will the media interest of the presence of a female judge, Qandil, in law courts pave the way for more females to be part of the big scene in the Egyptian judiciary?

Before 2003, both the Administrative Prosecution Authority and the State Lawsuits Authority have appointed women in their offices, but no women were allowed in the Egyptian courts.

In 2003, judge Tehani Al-Gebali was the first woman to join the Supreme Constitutional Court by a presidential decree. This was followed by the appointment of 42 female judges to the ordinary courts from 2007 to 2008.

In June 2015, the Ministry of Justice announced the appointment of a new batch of 26 female judges to the ordinary courts. Unfortunately, the government did not take further steps to increase the number of women in the judiciary since then.

According to the Egyptian constitution, the law graduates can apply to join the administrative prosecution authority, public prosecution, the State Council, and the military prosecution, Omnia Gadallah, founder of “Her Honor Setting the Bar” support campaign of female law graduates, told Daily News Egypt.

Gadallah has filed a lawsuit against the State Council for refusing to enrol women in the body.

She explained that both administrative prosecution and Egyptian State Lawsuits Authority are judicial bodies, however, the work nature of their members is different than normal judges, as they do not rule on cases.

Even though, women are allowed to enter both. They currently account for 43% of the administrative prosecution members, and represent about 28% of the Egyptian State Lawsuits Authority.

“The female law graduates have two options; either to apply in the public prosecution to enter an ordinary court, which is difficult as the public prosecution continues to reject women, or to apply in the State Council to enter an administrative court, which is also rejecting female applicants. This means that the ban on female judges continues,” Gadallah said.

In 2009, Egypt’s State Council agreed unanimously to appoint male and female law graduates from the academic years 2008 and 2009.

However, in February 2010, a special committee of the State Council’s general assembly convened and voted against appointing female judges, with an overwhelming majority of 334 against 42 votes.

Therefore, when the public prosecution announced the recruitment of a new batch in 2010, only males could apply.

So, when Gadallah filed a lawsuit against the State Council, this brought the issue of female judge ban to light again and this case is still ongoing until now.

Gadallah told DNE that the exclusion of women clearly violates the constitutional principle of equality, citing some articles in the 2014 Constitution, mainly Article 9. It prescribes that the state is committed to achieving equality among all citizens, without discrimination.

Moreover, Article 11 prescribes that the state must ensure equality between women and men in all civil, political, economic, social, and cultural rights, in accordance with the provisions of the constitution.

Article 14 also prescribes that citizens have the right to government employment on the basis of competence, without favouritism.

Is appointing female judges in courts still a taboo?

Gadallah said that Al-Saidi and Qandil are among the 66 female judges that were appointed in the ordinary courts, representing 0.5% of 16,000 judges.

“Those female judges were appointed, not selected normally through career progression,” Gadallah explained.

Despite this fact that their selection was not through the career progression, social media and newspapers congratulated the Egyptian women for being empowered.

Mohamed Samir, spokesperson for the Administrative Prosecution Authority, told DNE that the media interest of appointing females in the criminal court is a result of the public argument whether women can hold judicial positions.

According to the Malik and Shafi‘i schools of Islamic law, being a male is a precondition to be a judge. Meanwhile, Abu Hanifa school says that women may be judges in all matters, except “Hudud” crimes, which include theft, robbery, illicit sex, alcohol consumption, and apostasy, and “Qisas”, which refers to offences that involve bodily injury or loss of life. The Hanbali school said that women may become judges in all matters.

“Seeing a female judge in the criminal court means that the picture is changing. It shows that we now follow the Hanbali school that permits women to be judges in all matters,” Samir said.

What is the next step?

Samir continued that appointing women in the criminal court was a good step, however, we aspire to more progress.

He explained that the appointment of Qandil was not through the normal procedures as males. He called for ending this gender discrimination, especially in the general prosecution.

Gadallah agreed with Samir, stating that the evaluation of female judges is conducted unfairly. Male judges should not be compared to female judges, as women’s career progression face more challenges than men’s.

In conclusion, the appointment of of Qandil was a good step, but the admission of women to the judiciary system remains dependent on the government’s intervention and civil society organisations’ pressure.