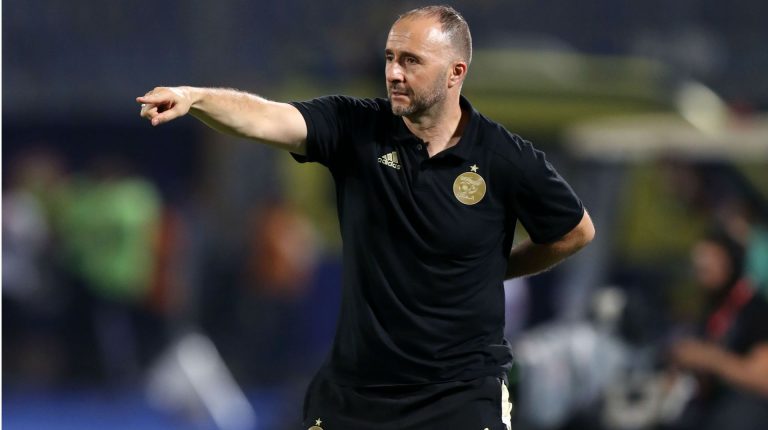 The 2019 Africa Cup of Nations proved that national coaches are more efficient with the African teams. The two teams in the final game are led by two national coaches; Aliou Cissé of Senegal and Djamel Belmadi of Algeria, who is now favourite for the Best Coach in AFCON award.

Belmadi was born on 25 March 1976 in Champigny-sur-Marne, France. He started his playing career at Paris Saint-Germain, making his debut in January 1996 against Gueugnon before spending a season at Martigues which was playing in the Division 2 of French league. He spent the 1997/98 season at Marseille, and then moved to Cannes for the 1998/99 season. In August 1999, he was signed again by Marseille, but immediately went on loan to Spanish club Celta Vigo.

In January 2000, Belmadi returned to Marseille, eventually securing a regular place in the first team’s midfield in 2000/01.

In January 2003, he joined Manchester City on loan after a successful trial. In August 2003, he was released by Marseille and played the 2003/04 and 2004/05 seasons in Qatar with Al-Ittihad and Al-Kharitiyath. 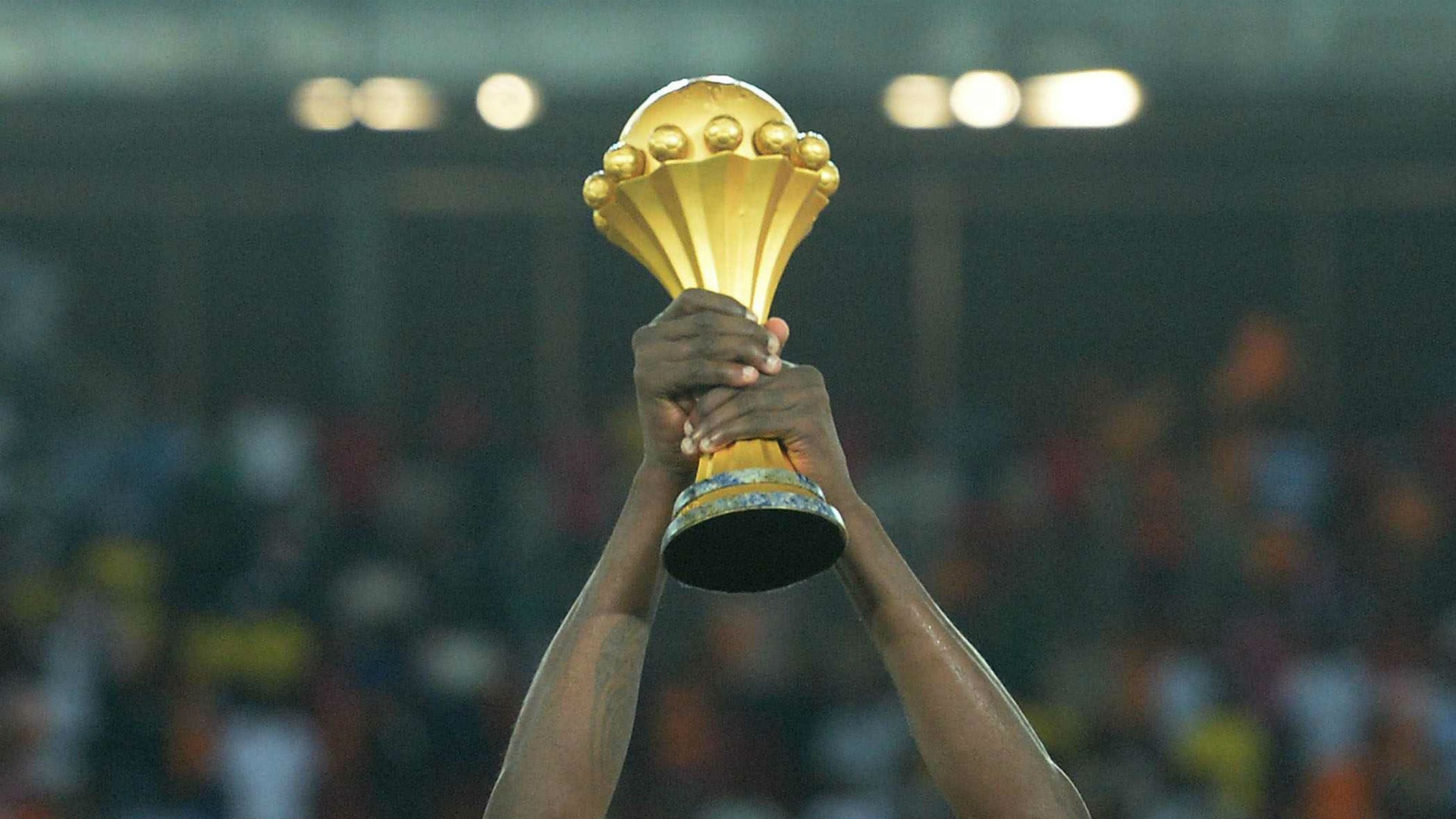 In July 2005, after trials at Celtic, Wigan Athletic, and Sunderland, Belmadi joined Southampton (then played in the Football League Championship) for a one-month contract, and he made his debut on 6 August 2005 in a 0–0 draw against Wolverhampton Wanderers. His contract was extended until the end of the 2005/06 season after impressive performances in his early games. He concluded his career in 2009 with Valenciennes FC in France.

Belmadi made his debut for Algeria on 9 July 2000 against Morocco. He was part of the Algerian national team in the 2004 AFCON, in which they finished second in their group in the first round of competition before being defeated by Morocco in the quarter-finals.

He last played for Algeria in a World Cup qualifier against Zimbabwe on 20 June 2004, having made 20 appearances scoring 5 goals.

In 2010, Belmadi was appointed as the head coach of Qatar Stars League’s Lekhwiya. In his first season with the club, he led them to the 2010/11 Qatar Stars League title, for the first time in the club’s history.

On 15 March 2014, he was unveiled as the new head coach of the Qatar senior football team. His first match as Qatar coach was a 0–0 draw with Macedonia. He led his team to victories over Australia, Lebanon, and Uzbekistan in friendly matches.

Belmadi led Qatar to win 2014 Gulf Cup of Nations by beating hosts Saudi Arabia in the final. However, Qatar showed a poor performance in the 2015 AFC Asian Cup and were eliminated in the group stage after three consecutive defeats by the United Arab Emirates, Iran, and Bahrain. He was dismissed from his post on 30 April 2015.

Daily News Egypt had the opportunity to speak with Belmadi ahead of the 2019 AFCON final to learn about his assessment of Algeria’s exciting run in the tournament and his prediction for the final game in Cairo. The transcript of the interview is below, lightly edited for clarity:

How do you see Algeria’s journey in AFCON 2019?

It was a tough campaign. The Algerian team came to Cairo to win the AFCON title. We exerted great efforts to achieve this goal. We played each match in the group stage as if it was the final. We managed to top our group and played brilliantly in the knock-out stages until we reached where we are now.

What was the most difficult game for Algeria in the tournament?

All the games we played were very difficult. All our opponents were strong, especially in the quarter-final against Ivory Coast and the semi-final against Nigeria. We succeeded in the end to overcome all these obstacles. 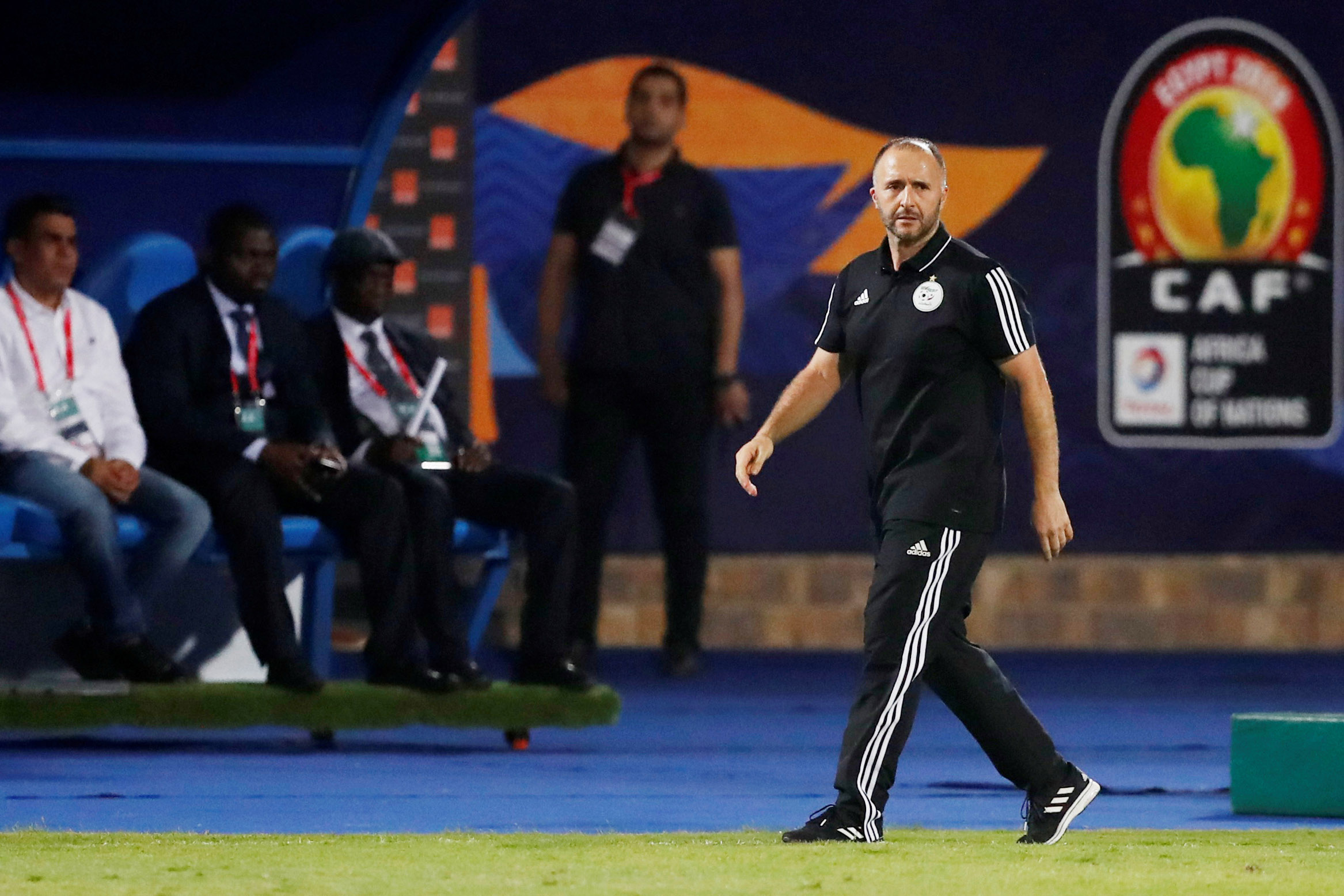 What did you tell Baghdad Bounedjah after he missed the penalty against Ivory Coast in the quarter-final?

Bounedjah is one of the best strikers I have ever coached. Missing a penalty is not the end of the world. On the contrary, I insisted that he plays the whole game. I spoke to him after we won to condoles him, as he entered in a crying spell after the game. I am confident he will play a big role in winning the AFCON title and will present a top performance against Senegal.

How do you see Algeria’s chances to win the AFCON title?

We a fifty-fifty chance. We defeated Senegal 0-1 in the group stage, but the final is completely different from any other game. It will be a tough game for both teams. I wish to win the title to be our gift to the Algerian people.

Do you think Senegal have become stronger in the playoffs?

Certainly, they reach the final after beating many strong teams, such as Tunisia in the semi-finals. We studied Senegal very well as they have very good players, such as Sadio Mané.

How would the Algerian defence deal with Mané?

Senegal is not only about Mané. He is a great player as I said, and he plays an important role with this national team and Liverpool, but there are also 10 other players in the Senegalese team.

How do you see the Algerian fans’ effect on the team’s performance?

We certainly have thousands of supporters in Cairo who had a big role in inspiring the players to win all previous games. I expect over 20,000 Algerian spectators will attend the final. I also want to thank the Egyptian people who also supported us throughout the tournament. I hope we can make them happy at the end and return home with the precious trophy.

Do you think the current Algerian team is the best in the country’s history?

The current generation is very special, as we have many players in top European clubs. They play with a very high spirit and great enthusiasm in every game. I am really proud to train this wonderful generation, and I hope they can follow the footsteps of their predecessors and achieve the continental title to write their names in the history of Algeria football.

Do you think Riyad Mahrez can win the AFCON 2019 Best Player award?

I wish that any Algerian player can win that title. Mahrez has presented a great performance since the beginning of the tournament, and he has great determination and enthusiasm in every game. Algeria has many players who deserves to win this award.

Do you think you can win AFCON 2019 Best Coach award?

I am not looking for individual glory and my only goal now is to win the AFCON title and make the Algerians happy. Of course, winning this award will be wonderful for me, but I am not thinking of it now. All I think about is the Friday’s game against Senegal.

How do you see the individual competition between Mahrez, Mane, and Mohamed Salah?

They are all great players and have made big achievements in Europe. Salah won the Golden Boot of the English Premier League (EPL) twice and Mane once. They both also won the UEFA Champions League. Mahrez won the EPL title with Leicester City and Manchester City. However, Mahrez does not think about this. Our players are 100% focused on winning the title.

Who deserves to be the African Player of the Year in 2019?

As I said, the trio made huge achievements with their clubs. I think this AFCON tournament will determine the winner of this award. I expect Mahrez to get it, after his great efforts with his club and national team.