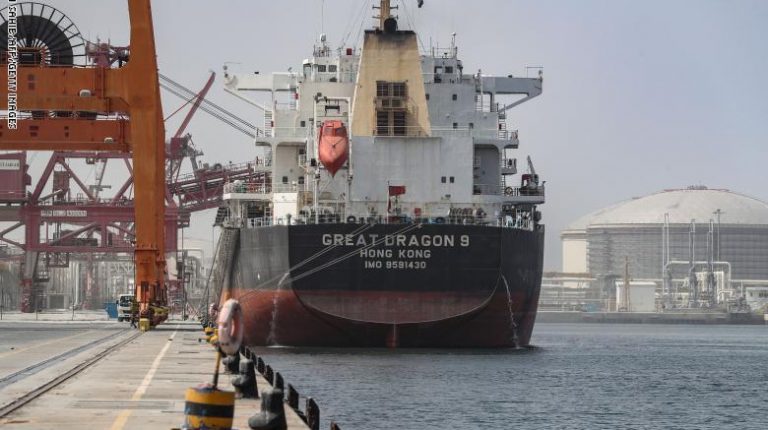 Iran announced on Tuesday that its navy has towed a foreign oil tanker in the Arab Gulf into Iranian waters for repairs after experiencing technical failure, the Iranian Foreign Ministry spokesperson, Abbas Mousavi, told the Iranian Students News Agency (ISNA).

“After receiving a distress call, Iran’s navy offered help to a foreign tanker with technical failure in its territorial waters,” said Mousavi.

“In accordance with international regulations, the foreign tanker was towed by an emergency towing vessel into Iranian waters for repairs,” he added.

Mousavi did not name the tanker and said more information would be disclosed later.

According to TankerTrackers, the Panamanian-flagged Emirati ship, called Riah, is used “for fuelling other vessels” had crossed into Iranian waters on 14 July for the first time as it slowed down.

Data showed that the last signal received from Riah was on 14 July when it was in the Strait of Hormuz off the Iranian island of Qeshm. According to the data, the company that operates the tanker is Emirates-based Prime Tankers.

The United States Pentagon said it has knowledge about the issue and currently investigating into it.

Meanwhile, the United Kingdom announced on Tuesday night that it will send a third warship to the Arab gulf to take part in securing the region and ship routes.

The UK said sending the third warship was scheduled and is not related to the recent updates in the Gulf region.