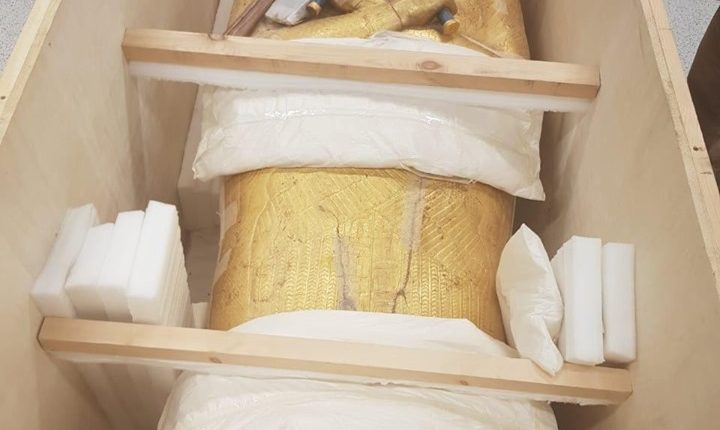 Three days after its transportation to the Grand Egypt Museum (GEM), the famous golden coffin of Egypt’s young Pharaoh Tutankhamun underwent its first ever restoration since it was discovered in 1922.

The restoration is expected to take approximately eight months. Then, the coffin will be displayed among Tutankhamun’s collection at the museum set for grand opening in 2020.

The coffin was in a serious need of renovation as it “suffered a lot of damage, including cracks in the golden layers of plaster and a general weakness in all golden layers,” Eissa Zidan, head of the First Aid Restoration and Transportation of Antiquities Department at the GEM, said in a press release.

According to the press release by the Ministry of Antiquities, a complete report on the condition of the coffin was written showing all the damages before its tranfer to the GEM’s restoration labs.

Mostafa Waziri, the secretary general of the Supreme Council of Antiquities, said, “The transportation was made after the approval of the Permanent Committee for Ancient Egyptian Antiquities, especially because it is the first time for the coffin to undergo restoration.”