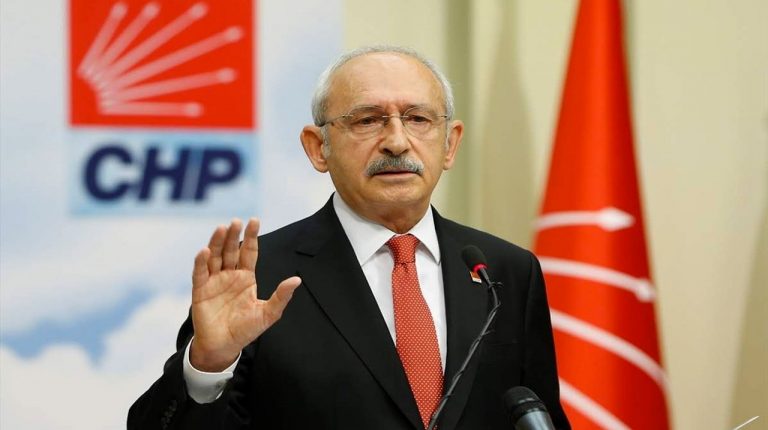 Kılıçdaroğlu said in his speech at the CHP’s parliamentary group meeting in the capital Ankara, that this is a fundamental issue of Turkey is in its foreign policy. The foreign policy objectives must coincide with the nation’s interests, he stressed.

“Turkey will have to bear heavy consequences if it follows an ‘adventurous’ foreign policy,” he added.

For peace in the region, relationships with Egypt must be ameliorated, according to Kılıçdaoğlu.

“Turkey’s interests are above anything else. Peace with Egypt must be made. We should not be in a quarrel with any nation. Why don’t we have an ambassador [in Egypt]?” he said.

The CHP head also urged the government to “stop sending arms to Libya.”

“Why do you fuel enmity, when you can be a mediator to end war?” he said.

Kılıçdaroğlu also stressed on the significance of Syria’s territorial integrity for Turkey and said “direct contact must be established” with the neighbouring country.

Foreign Affairs Ministry Spokesperson, Ahmed Abou Zaid, said earlier in an interview that bilateral relations can only mend if Turkey acknowledges the current government in Egypt and refrains from intervening in Egypt’s internal affairs.