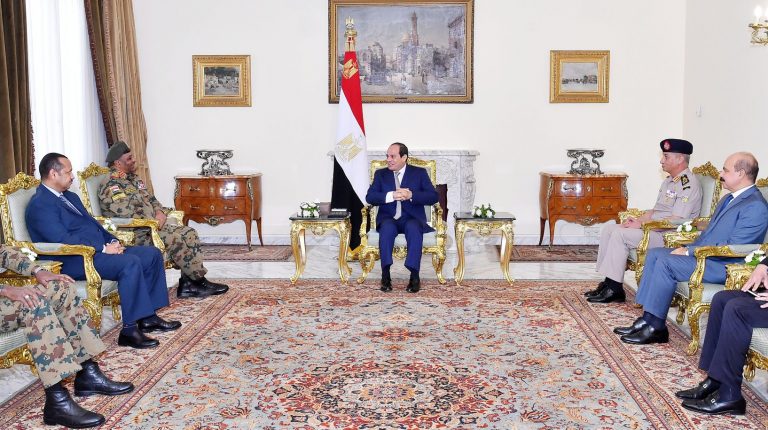 Al-Sisi congratulated the Sudanese people for signing the agreement, pledging to support Sudan to overcome this phase.

Al-Sisi also voiced support to the Sudanese people and their choices and to maintain “the security and stability of Sudan, which is integral to Egypt’s national security,” according to a presidential statement.

Al-Sisi also expressed his keenness to continue enhancing cooperation with Sudan on all levels, in light of the historic ties and outstanding relations that they share, the statement added.

For Babakr, he praised Egypt’s role and efforts to support peace and stability in Sudan at the bilateral level and through Egypt’s chairmanship of the African Union, the statement noted.

Babakr also reviewed the recent updates in Sudan and the role of the Transitional Military Council in addressing the situation and the developments pertinent to negotiations with the Declaration of Freedom and Change Forces, particularly signing the agreement in Khartoum.

Early on Wednesday, the military council and the opposition alliance signed the first of two documents of a power-sharing deal that activists hope will pave the way for democracy in the country.

The signing came following all-night talks between military and the protest leaders, as their meeting was postponed for more than one time earlier this week.