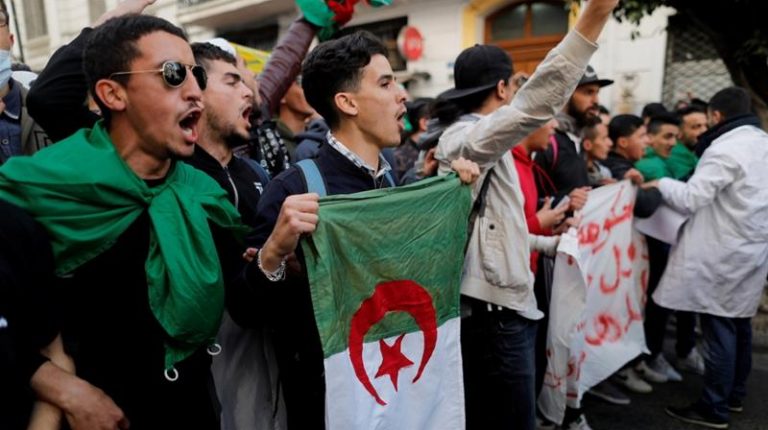 Tens of thousands of Algerians returned to the streets in the capital Algiers and other cities on Friday to demand radical political reforms and the departure of the ruling elite, according to Reuters.

Protesters are now seeking more freedoms and the removal of the remaining symbols of the old guard, after they forced President Abdelaziz Bouteflika to end a 20-year-rule on 2 April, local media reported.

Chanting “A new democratic republic and a state of law”, protesters held up banners reading: “They all go”, “Our demands are legitimate” and “It is time to listen to the voice of the street”.

The Algerian army, the main player in the North African country’s politics after the resignation of Bouteflika, has been seeking to hold presidential election as the only way out of the crisis.

But authorities had postponed a presidential vote previously planned for 4 July, citing a lack of candidates. No new date has been set for the vote.

The military has tried to appease protests by helping the judiciary to meet demands for the prosecution of people suspected of corruption.

Several former senior officials, including ex-prime ministers Ahmed Ouyahia and Abdelmalek Sellal have been placed in custody over charges including “dissipation of public funds”.

But protests continue to demand the removal of officials the demonstrators see as part of an elite that has governed the nation of 44 million people since its independence from France in 1962.