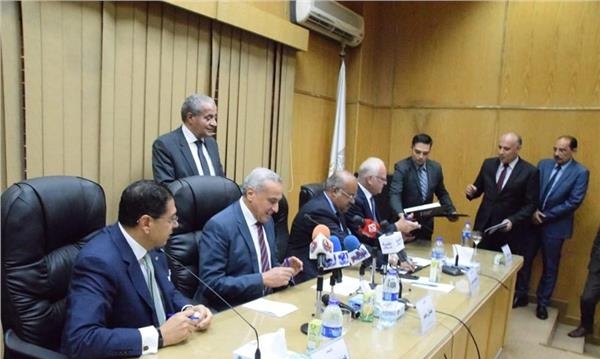 Mohamed Kafafi, chairperson and managing director of I-Score, revealed that the company is in the final stages of signing a cooperation protocol with the ministry of justice and the economic courts sector, to allow bankruptcy and reconciliation data from the banking system through the linking network with the banking sector.

He explained that this protocol will be signed in cooperation with the Central Bank of Egypt (CBE).

He also pointed out that work is currently underway to finalise the linking of the commercial register database with the regulations applied in the company, and making them immediately available to the banking system. In turn, this reduces the burden on citizens when it comes to the ease of service and money collection in exchange for these services.

The company had earlier signed a cooperation protocol with the general administration of traffic information systems at the ministry of interior, under the sponsorship of the CBE, to automate the procedures of banning cars and renewing them electronically. This is to facilitate the procedures for citizens, which used to take over 10 days.

On Thursday, I-Score signed a cooperation protocol with the Internal Trade Development Authority (ITDA) to automate the queries of the commercial register for bank customers.

According to Kafafi, the implementation of these systems is expected to start in the fourth quarter of this year.

The protocol, which was signed with the ITDA, includes four main advantages. The first is the availability of a database of 4.5m companies, namely the commercial registration database, which would expand the database of the financing companies for small and medium-sized enterprises (SMEs) and those targeted for funding.

Among the advantages, is also making the data system of companies available electronically, including journals of companies and their main systems, as well as modifications, and automation of banking certificates of capital.

The advantages of this protocol also include providing corporate data electronically to the general authority for investment, through a link with the Egyptian company for credit information.

Gamal Negm, deputy governor of the CBE, said that the protocol comes within the framework of the CBE’s strategy to expand the application of financial inclusion and the transformation into a digital society.

He pointed out that the existence of an integrated database will help banks expand the financing of SMEs through knowing customers.

Furthermore, he added that customer data will be updated instantaneously, and will be linked to the industrial register, exporters, suppliers, and the tax file, so that the system is integrated.

Hisham Ezz Al-Arab, president of the CIB and the Federation of Egyptian Banks, said that the availability of commercial registration services to banks through the I-score portal will drive Egypt toward a digital transformation, which is happening to the entire world.

The availability of the commercial registry service electronically will save the client’s time and effort and will support financial inclusion and reduce counterfeiting.

He stressed that the service will help banks reach individuals in villages and remote areas, and provide a database of their information which ensures that funding is provided to those who deserve it.

For his part, Ibrahim Ashmawy, head of ITDA, said that the unified registry will allow the banking sector to carry out studies and reports on the market economy, with the possibility of increasing the number of customers to be dealt with. The commercial registry provides information and data on the activity of companies, their capital, and shareholders.

He added that, according to the commercial registry, there are more than four million establishments, while the banking system deals with only 400,000 establishments.