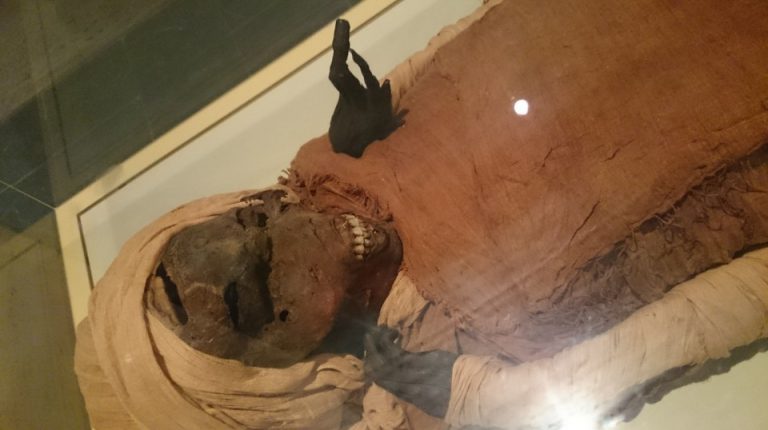 The Egyptian Ministry of Antiquities started on Sunday an investigation concerning a video circulating on social media showing a tourist “spitting on and insulting” the Seqenenre Tao mummy, placed in the Egyptian Museum in Cairo.

The shaky, twelve-second video shows an Algerian man, who was said be a football fan coming to support his team in the African Cup of Nations (AFCON) tournament, cursing and spitting at the mummy. The video has gone viral, provoking Egyptians’ anger on social media.

The ministry clarified in a statement, which was published on local media, that they started an investigation about the incident, demanding from the Egyptian Museum to check the CCTV footage for the last 72 hours to identify the perpetrator.

Although various news agencies identified the tourist as an Algerian national, the ministry said that the identity and nationality of the tourist is yet to be identified.

The Egyptian Museum is also investigating the issue as using cameras is prohibited inside the ‘Royal Mummies Hall.’

Hundreds of Algerian fans arrived in Egypt last week to support their national team in the 2019 AFCON, which ended up winning the tournament last Friday.

Seqenenre Tao was the ruler of the ancient kingdom of Egypt in the seventeenth dynasty, about 1558 BC. He was called “the brave”, as archaeologists believe he had died in battle from the signs of the wounds present in the mummy.

The mummy was discovered in a royal cache at Deir El-Bahri in 1881, and has been displayed at the ‘Royal Mummies Hall’ since 2006.