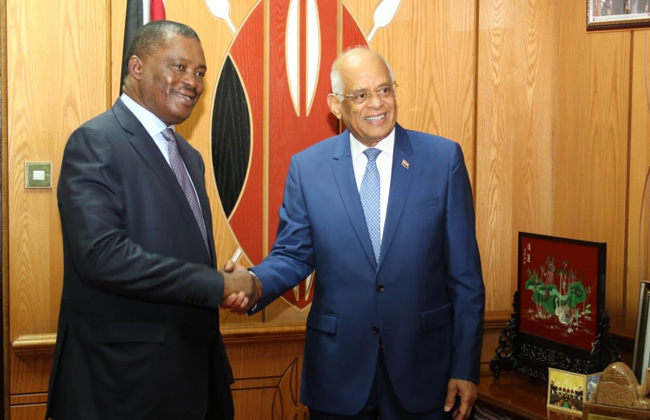 During the meeting, both discussed enhancing bilateral cooperation and issues of common interest.

Furthermore, Abdel Aal added that Al-Sisi expressed a special interest in improving intra-African infrastructure and projects of regional integration, in light of Egypt’s presidency of the African Union.

For Muturi, he asserted his country’s readiness to bolster cooperation and to benefit from Egyptian expertise in various fields including infrastructure projects and counterterrorism.

Egypt and Kenya are enjoying friendly relations as both countries are keen on enhancing cooperation in various fields including the economic field. The trade volume between Egypt and Kenya reached $569m in 2014, with exports from Egypt at $244m and imports to Egypt at $325m, according to Egyptian Foreign Ministry.

Egypt’s exports to Kenya include cane sugar, toilet paper, and plates and sheets of non-cellular plastics, the ministry explained, while Cairo’s imports from Kenya include tea and tobacco.