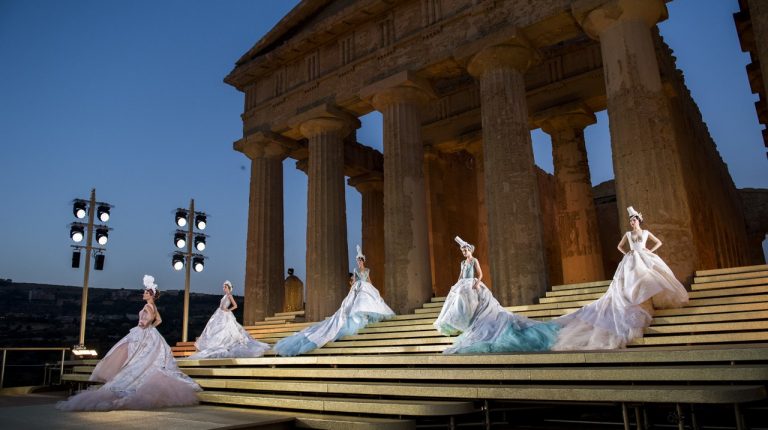 Armoured with a regal pair of arch and bow, adorned with elaborate gold petals and carrying intricate portraits of graceful ancestors on the hem of their dresses – a troop of models became fashion-forward Italian ambassadors for one magical afternoon. Sicily’s Valley of the Temples was the backdrop of the year’s biggest fashion spectacle thanks to Dolce & Gabbana. With the Mediterranean Sea in the far horizon, the valley harbours the most complete complex outside the Parthenon.

According to one half of the Italian duo, Domenico Dolce, the Alta Moda collection is a manifestation of love and excellence. Something that was translated into the extravagant fabrics and extremely-detailed workmanship. Over the duration of many months, 125 luxe ensembles were put together by the house’s team of artisans, dressmakers and jewellers. 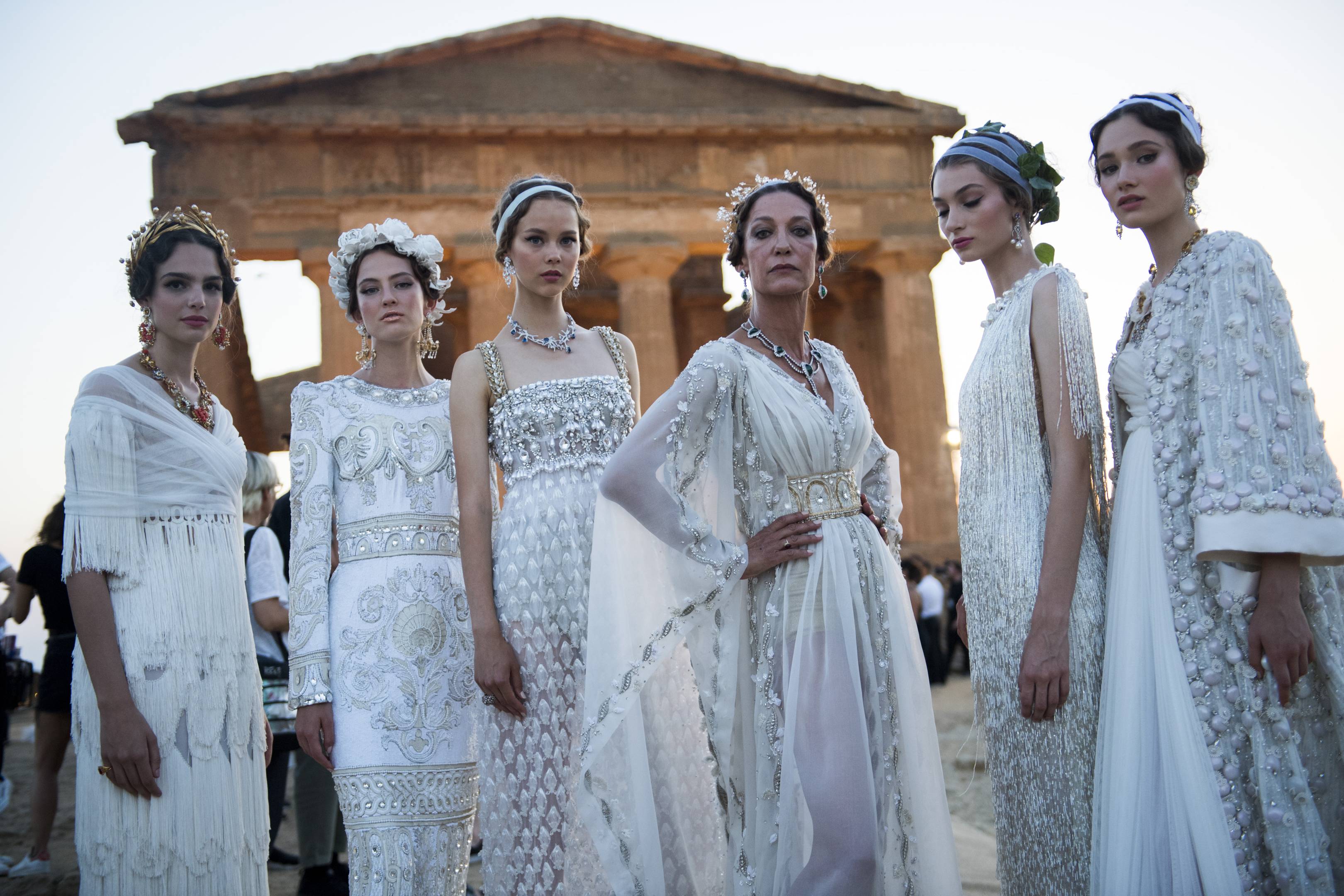 Inspired by the historic venue, the collection is fit for ancient Greek and Roman goddesses. With that in mind, one of the most memorable dresses was designed with a certain reference in mind – Elizabeth Taylor’s 1963 iconic depiction of Cleopatra and her grand vehicle. The well-fitted black gown features a plunging neckline clasped by a golden snake.

In parallel, the collection included something for everyone – a proof of how well the designers know their haute couture clients. With a clear commitment to the concept of grandeur, the collection embraced sophistication with a number of slender and divine ensembles.

From the draped dresses to the eye-catching gold embroidery and filigree headpieces, the dresses did not leave a window for vagueness. Furthermore, few looks featured pieces of ruined sculptures worn as headpieces. Meanwhile, they resonated with the Greek and Roman appliques and accessories used to decorate simple dresses.

Starting from enchanting white looks, the colour pallet grew more dramatic as minutes passed by. The darker shades also played a supportive role for a number pf picturesque patterns to shine out.

The unforgettable showcase was part of a three-day event organised by the Italian designers to introduce their vast collection of womenswear, menswear, and accessories to an international clientele and media. The fashion extravagance was also accompanied by a number of local performances and theatrical attractions.

With that mind, the most challenging aspect was in fact acquiring the city’s mayor approval to utilize the UNESCO World Heritage site and turn it into a fashion runway – a seemingly simple task, which consumed two years of negotiations and paperwork.

The Sicilian air of spiritual calmness and beauty highly influenced the designer’s aesthetic and led to a much more sophisticated and dreamy collection. A rather-needed shift after last year’s incident of cultural clash, which caused a last-minute cancelation of D&G’s Chinese Show.