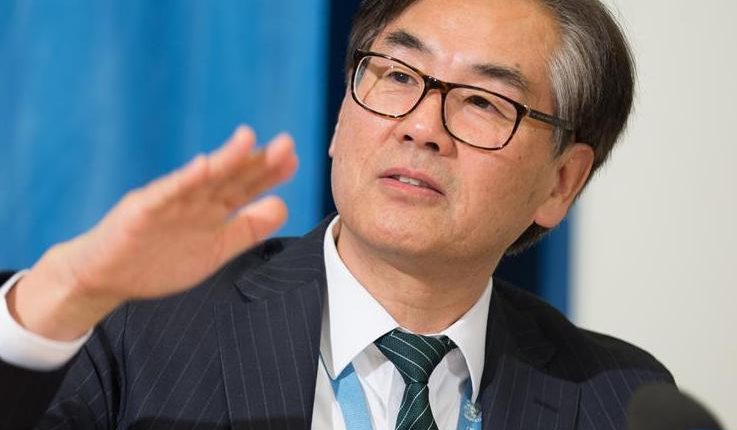 Egypt’s Prime Minister Mostafa Madbouly received in Cairo James Zhan, the director of the Investment and Enterprise Division at the United Nations Conference on Trade and Development (UNCTAD), on Tuesday.

During the meeting, Zhan said Egypt has maintained its position in 2018 as the largest recipient of foreign direct investment (FDIs) in Africa, registering $7.9bn, representing 7% of the total global investment in Africa.

The meeting was also attended by Minister of Investment and International Cooperation, Sahar Nasr, according to the cabinet spokesperson Nader Saad, to discuss the latest report issued by UNCTAD, dubbed World Investment Report 2019, on the trends of global investment.

Zhan pointed out the general decline in FDI flows in the world by 19% to reach $1.2tn, and the concentration of this decline in developed countries, which recorded a decline of 40%, the lowest level since 2004.

Additionally, he stressed that Egypt is one of the countries that is able to attract more investments, especially in view of the success of its economic reform programme, the improvement of macroeconomic indicators, and the recent legislative amendments that contributed to improving the investment climate in Egypt.

Furthermore, Zhan said that the FDI flows in Africa saw an increase of 6%, concentrated in a limited number of countries, led by Egypt and South Africa, 5% in Asia, and 4% in Latin America.

According to a press statement, the prime minister presented the government’s efforts over the past period to improve the economic indicators that need further development, namely the cross-border trade index and contracts enforcement index.

Madbouly asked the delegation to release the results of their evaluation at the end of the visit, including the one-stop shop mechanism and facilitations provided by the investor service centers, in the light of the delegation’s commendation.

The Doing Business 2019 pointed out that Egypt jumped eight places to rank 120th out of 190 economies, the highest ranking for Egypt since 2013, while it came 12th in the Middle East and North Africa among the 19 countries included in the report, after ranking 13th in the 2018 report.

China could be big winner in no-deal Brexit