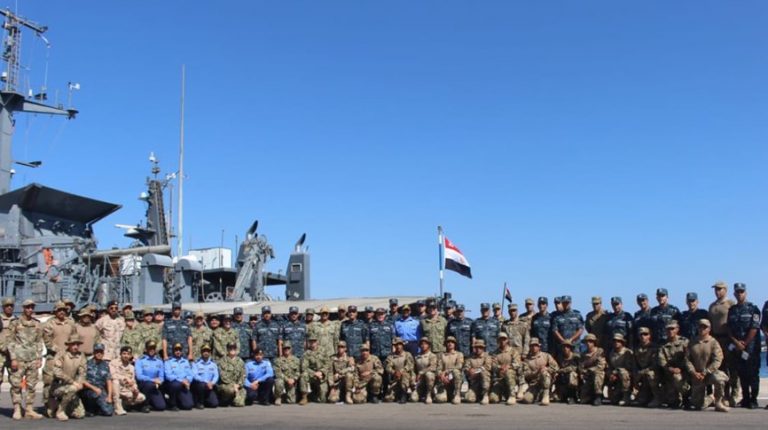 Egypt, the United States, and the UAE carried out on Monday joint drills, dubbed “Eagle Salute – Eagle Response 2019”, in the Red Sea, according to a Monday Egyptian army statement.

Saudi Arabia is also participating in the drills but as an observer.

The military exercises aim to bolster cooperation among the participating countries, exchange expertise, and support maritime security and stability in the region.

The drills will last for several days with the participation of air and maritime forces of the three countries.

Frigates, minehunters, missile-launching boats are to be used in the military exercises as well as special forces of Egypt and the US. The forces will use F16 jet fighters.

The first stage of the drills included an inaugural conference, discussions, and lectures to unify the operational concepts among forces.

Previous drills, called Eagle Response 18, were conducted in July 2018 between forces from Egypt, US, Saudi Arabia, and UAE.

In September 2018, the Bright Star drills were carried out between US, Egypt, and other countries at the Mohamed Naguib military base in Matrouh.

The first Bright Star exercise was in 1980 following the signing of the Camp David Accords in September 1978. The drills aim at enhancing joint military cooperation.