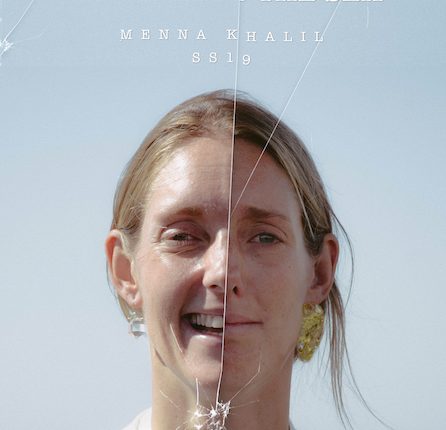 Their first encounter was a mere coincidence. During yet another morning lecture, the name Virginia Woolf was brought up by a rather excited lecturer. Even though Menna Khalil knew the name then, she could not fathom the reasons behind his excitement.

As part of her academic course, Khalil read Mrs Dalloway. Time flew by as she got absorbed by the eloquent pages of this classic memoir. Nevertheless, it was not until she reached the very final pages that she could anticipate an approaching friendship, which she was about to share with the coveted novelist.

Evidently touched by Mrs Dalloway’s letter to her husband before she commits suicide, Khalil followed her professor’s advice and read “The Waves” only few months after.

Fast forward more than a decade later, Khalil, who is currently a well-established jewellery designer, has recently launched her latest collection. Inspired by Wolf’s “The Waves”, the collection is an ode to a great female novelist and a friendship weaved with novels. 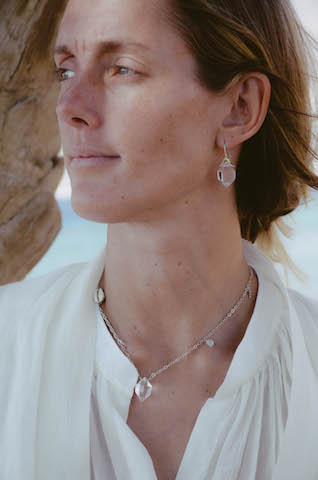 According to the jewellery designer, the past year was rather transformative for her. “I found out that few of my close friends are bipolar.” Khalil added “I started reading about bipolar disorder as well as the difference between it and borderline disorder. While doing this I revisited “The Waves” and from there the vision of the collection became clear to me.”

Known for its profound depiction of human psychology, the short novel deeply touched the designer. “The world is entire, and I am outside of it crying, oh save me from being blown forever outside the loop of time,” said the English novelist in her literary masterpiece.

In parallel, the collection is adorned by an assortment of natural stones such as white quartz; pearls; shells; aquamarine; mother of pearl; moonstone; labradorite, and amazonite. Furthermore, she used her personal collection of sand, corals and seashells, which she has been nurturing for the past decade.

Together, these intriguing materials were the designer’s tools to symbolise the novelist’s journey. “The raw stones and knotted threads symbolise the stones, which she knotted around her feet before she downed herself.” Khalil added “the colour palette in general was dominated by white, blue, silver, gold, and rose gold sheets as a depiction of the sun’s rays reflecting on water.”

After years of collecting materials for a mysterious project, the collection itself only took a month and a half to be executed. Consisting of 21 items, the collection includes sets of earrings, necklaces, bracelets, rings, and anklets.

Aside from its artistic aesthetic, the SS19 collection also conveys a grand message. “Psychological disorders are underrated. People do not understand the symptoms and how to deal with them,” said the designer, who was moved by Woolf’s independent and silent struggle.

Khalil’s collection was accompanied with an editorial photoshoot, which aims to explain the difference between various disorders and visually explain the contradicting mood swings of bipolar disorder such as mania and severe depression. Meanwhile, she also shed light on the disorder’s triggers.

“Bipolar disorder tends to get worse if it is not treated. People with bipolar disorder usually go about 10 years before being accurately diagnosed. Treatment can make a huge difference. Plenty of people with this condition do well; they have families and jobs and live normal lives,” explained the designer passionately.

With a grand message interlaced with each design, Khalil wishes to see this particular collection travel as far as possible to create greater awareness waves.

As for her near-future plans, she is currently focused on establishing her own independent workshop and gallery. Meanwhile, she hopes to rekindle her painting skills and integrate them in her upcoming designs.