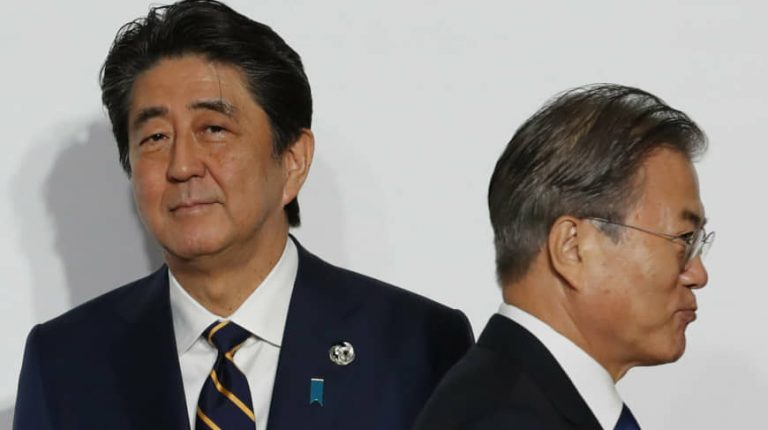 The ongoing escalation between Japan and South Korea has caused panic in the tech industry, as important global manufacturing supply chain for semiconductors could be disrupted, adding more worries to the troubled global economy and the already ongoing trade tensions between China and the United States.

Japan and South Korea partake in a complex and closely tied network of economies that contribute to the production of electronic goods, such as smartphones and laptops.

Those chemicals are used in the Korean semiconductors industry, including memory chips, microprocessors, and integrated circuits, which are integral part of various modern-day electronic products.

Semiconductors companies are usually seen as an indicator to the overall health of the global economy, due to their widespread use.

On Tuesday, officials from South Korea announced that they will bring the dispute to a meeting of the World Trade Organization (WTO) General Council.

In 2018, global sales of semiconductors grew 12.5% to reach $474.6bn, according to the research firm Gartner. However, it is anticipated that sales would decrease in 2019, as several large semiconductor companies have already reduced their earnings estimates amid deteriorating demand.

On Monday, South Korean President Moon Jae-in urged Japan to lift the tightened controls on high-tech exports to South Korea, which he said threaten to shatter the countries’ economic cooperation and could damage Japan more than South Korea.

The dispute between the two US allies has further soured relations already troubled over Japan’s colonial rule of the Korean Peninsula before and during World War II.

The South Korean president accused Japan of exploiting its leverage in trade to punish South Korea over their historical dispute. South Korea believe that the Japanese decision is retaliation for the South Korean court ruling earlier this year that ordered Japanese corporations to compensate South Koreans forced to work for Japanese companies before and during World War II.

Korean citizens responded by boycotting all Japanese products regardless of the possible economic losses.

For now, the two South Korean suppliers have “high” levels of semiconductor inventories that they can rely on, according to analysts from Citibank. But when that’s drawn down, the chipmakers could have trouble meeting production deadlines if they fail to find alternative suppliers of the three chemicals in time.

Citibank analysts estimated that at Samsung Electronics, inventories of the chemicals restricted by Japan could last the company 20-30 days. The estimation was based on the local Korean media report citing the company saying to customers “the current situation is manageable near-term.”