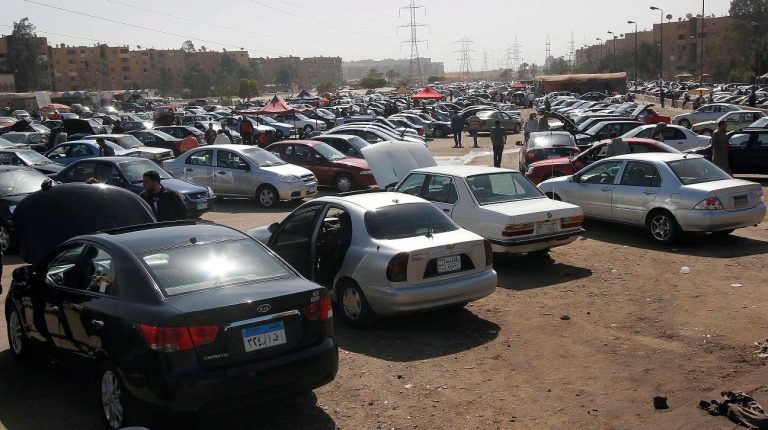 The used car market in Egypt has received frequent blows since the beginning of this year. It started with applying the EU-Egypt Association Agreement lifting all customs on European cars which reduced the prices of new cars. Then, there was the boycotting campaign that caused a bit of recession in the car market. Finally, the government issued new controls obligating the seller to transfer the ownership of the used car to the purchaser instead of the conventional letters of authorisation which allowed frequent reselling at limited duties.

The cabinet approved new amendments to the Traffic Law No. 66 of 1973 to encourage vehicle owners to transfer their ownership of cars in case of sale within a specified period.

According to the amendments, “In any case, the ownership of a vehicle shall not be transferred except at the request of its owner or his authorised agent for only one time. A second authorization may not be issued by the owner or his agent for the same vehicle. Ownership must be transferred within three months of the date of issuing the authorisation, otherwise it shall be deemed illegal.”

A three-month transitional period will be given for agents to adjust their positions in case their authorisations would expire within that period.

A source at the General Directorate of Traffic said the new government decision will contribute to significantly facilitating traffic operations, pointing out that there is a large number of used cars whose licenses have not been updated for many years and still hold the name of first owners which causes confusion and many problems when trying to find the real owner of a car in the event of an accident or crime in which the car was used.

He added that the state is currently moving towards linking the traffic data system with the Real Estate Registry and the system of national identification cards.

The source explained that anyone who sold his car through an authorisation letter without registering the sale contract had to pay additional fees if he owns another car. This fee was called “recreational tax” and was worth EGP 200, and now it will be EGP 400 per year in accordance with the new amendment.

However, the head of the Egyptian Automotive Dealers Association, Osama Abu El Magd, said that the decision threatens the used car market.

The Association presented a memorandum to the cabinet demanding the authorisation letter’s duration to be unspecified, and demand the parliament to request a briefing over the issue.

Abu El Magd explained that the short period of car authorisation (three months) may cause many problems, such as wasting private money, stressing that it would be no harm to issue one authorisation of a car license to prevent possible manipulation resulting from frequent reselling and multiple authorisations.

He noted that the registration fees for some cars are very high due to the high prices of these cars which would increase the used car prices causing more recession in the market.

In contrary, Ibrahim Ismail, executive director of a used car market in Nasr City, believed the proposed amendments will contribute to reducing the prices of used cars, explaining that the decision will not directly affect the car trading.

He pointed out that dealers dominate over 95% of the used car market, which opposes the main objective of such markets to allow individuals to sell their cars. Ismail revealed that only used car dealers will be affected by the new decision, especially that those dealers always resorted to multiple authorisations to avoid paying registration fees.

Ismail explained that the recent amendment will oblige traders to reduce their profit margin as they must sell the used cars within three months, which in turn will contribute to decreasing prices of used cars.

He noted that the prices of used cars have started to decline recently after the decline of new cars’ prices and the fuel price hike, pointing out that trading movement in the market increased by 25% over the past period.

In the same context, Ali Tawfik, an automotive expert, believes that the new amendment is a correction to the wrong situation of the automotive sector.

He added that selling cars without registration caused many problems in the past, for example, when the new owner of a car passes away, the car does not become a part of the inheritance.  Additionally, any crime or offensive caused by the car would be attributed to the license owner.

Tawfik added that the decision will not affect the used car market, as those who work in car trade will continue their work normally, but the used car prices will decline.

The car expert believes that the decision has nothing to do with the new car market, as consumers of used cars are different from consumers of new cars, as they will not simply turn to new cars just because of a slight increase in costs.

Ibrahim Mohamed, a used car trader, said the new amendments would increase the recession and cause huge losses to traders.

He explained that only buyers will bear the registration fees at the real estate registry, as the previous authorisation system aimed to facilitate selling procedures for both parties.

Ahmed Al Halawani, a used car dealer, said the new decision will add a further burden to the used car market which is suffering from several crises, especially after the new sale offers by some car companies in Egypt which made some customers turn to buy new cars rather than used ones.