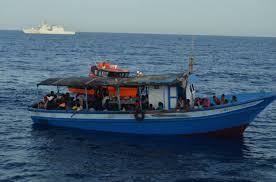 The Libyan marine forces loyal to the UN-recognised Government of National Accord (GNA) seized an Italian-flagged fishing vessel, Italy’s Ministry of Foreign Affairs announced on Tuesday.

Rome said the reasons for the seizure were not clear, but were likely linked to fishing activities in the Libyan waters that Italy itself considers “risky”, the statement said.

The Italian Minister of Foreign Affairs, Enzo Moavero Milanesi, said that the fishing vessel was taken to the port of Misrata city, controlled by the GNA.

“Consequently, the vessels have been warned not to enter those waters,” he added.

Moreover, Milanesi gave instructions to the Italian ambassador to work promptly to ensure the appropriate treatment and the immediate release of the crew and the boat.

The Italian ministry tweeted on Wednesday that although the seizure of the Italian fishing boat took place at the hands of GNA, Italy still has great concerns about the Mediterranean issues, such as Libya’s instability.

“Europe and the Mediterranean are two of the priorities of Italian foreign policy. We pushed the United Nations back to Libya. A special delegate is not enough, we need a physical presence, even if it is not enough yet,” said the Italian Ministry of Foreign Affairs.