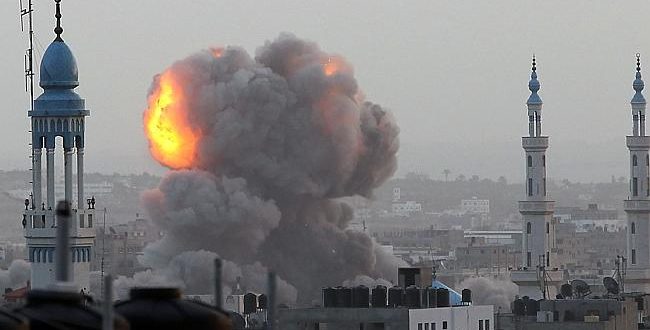 Israel launched in the early hours of Wednesday a rocket attack that targeted military bases in the Syrian governorate of Daraa. The attack left no human casualties, but destroyed some facilities, according the Syrian state-run television and news agency SANA.

The Israeli attack targeted the area of Tal al-Harra, close to the Golan Heights, SANA said.

The Syrian Observatory for Human Rights (SOHR) said the Wednesday attack against Syria was conducted by Israel, adding that the Syrian Air Defence systems were activated to counter the attack and managed to shoot down some rockets.

The SOHR indicated there are losses among the Syrian side, without giving further details.

Since the beginning of the military conflict in Syria in 2011, Israel has launched hundreds of airstrikes against Syria throughout which targeted the Syrian army and other affiliated militias from Iran and Hezbollah group based in Lebanon.

In June, Israel launched airstrikes near the Syrian capital of Damascus and Homs governorate. These airstrikes led to the death of six civilians and nine militants with affiliations to the Al-Assad regime.

On a regular basis, Israel warns that it will hinder Iran from creating a military presence in Syria through targeting the sites of Iran and Hezbollah in Syria.

Recently, the Secretary-General of Hezbollah, Hassan Nasrallah, threatens Israel, saying that he owns rockets that can easily target vital Israeli points located along the Mediterranean, including Tel Aviv.

In response to these threats, the Israeli Prime Minister Benjamin Netanyahu said he would launch strikes against Lebanon and Hezbollah if they targeted Israel.