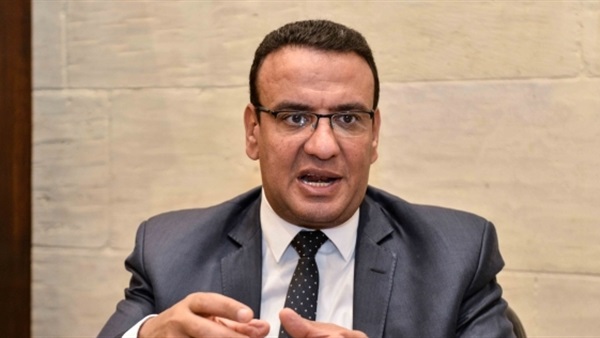 Egypt’s parliament has worked under very difficult circumstances and succeeded to overcome all obstacles it faced, in which MPs were able to bring about a healthy legislative change in the Egyptian state, said the parliament spokesperson Salah Hasballah, during a press conference on Wednesday about the achievements of the fourth legislative term.

He added that parliament has performed its supervisory duties, conducting 1,312 briefings and 347 urgent statements, 54 requests, 793 suggestions, 22 requests to lift immunity from some members, and 32 field visits during the fourth legislative term.

Hasballah noted that the relationship between the parliament and the government saw no tensions, and that parliament was performing its supervisory role wisely, and focused on correcting the path only, and that the cabinet has addressed a number of important legislative issues, which was something very clear during the fourth term, as a large number of important laws was passed.

He pointed out that the cabinet approved 156 laws, which is indicative of the legislative effort of the parliament, and that parliament has worked on 35% of laws submitted by the government, and the remaining laws were drafted by the cabinet.

He pointed out that among these laws, many were related to the economy field and its rates of increase such as the law of real estate taxes; income tax; the prohibition of monopolistic practices; non-monetary payment; the organisation of the Federation of Industries; the control of financial markets; the adjustment of investment, and mineral wealth.

For the upcoming round, he said that parliament is expected to conclude laws of the House of Representatives, Senate, division of constituencies, and political rights, adding that it is also expected to broadcast sessions during the fifth round of the first legislative term.

Hasballah explained that the decision to broadcast the session has no relation with the parliamentary elections expected in 2020, but the decision comes due to the fact that some circumstances changed and parliament can now be able to air them.

There were some members who never showed up throughout the fourth session, however, their absence did not affect the efficiency of the work achieved by parliament, he said, noting that member attendance reached 75% during the fourth round.

A number of 451 out of 596 deputies participated in the closing session of the fourth term, Hasballah said.

The start of the parliament’s fifth and last legislative term will be decided by a presidential decree. Article 115 of the 2014 Constitution stipulates that parliament should continue for five legislative terms, each lasting for at least nine months, with a possibility for extension. The fourth term included 72 sessions totalling 222 hours.