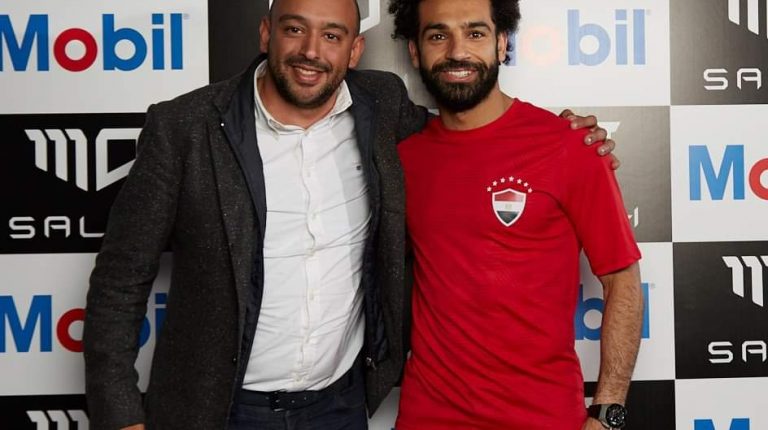 The TV broadcast of the Africa Cup of Nations 2019 (AFCON) received great acclaim. It was the first time to use the 4K technology and such large number of cameras to broadcast the tournament.

Media Pro was responsible for television production of AFCON19 and implemented VAR technology in the tournament. It is one of the largest suppliers of video assistant referee (VAR) equipment in the world, and responsible for television productions for the Spanish, French, and Italian football divisions, and for the distribution of Spanish leagues worldwide.

Daily News Egypt interviewed Tamer Yousry, CEO of Media Pro International in Egypt, to discuss the company’s achievements and plans and how Egyptian football league can benefit from the AFCON experience.

How do you evaluate Egypt’s organisation of AFCON 2019?

All the aspects of the tournament, including the Fan ID, TV broadcast, and renovation of stadiums, can be exploited by Egypt to correct the situation of local football industry. It is necessary to benefit from what happened in AFCON to develop the Egyptian football league having major popularity in the continent and two major clubs, Al Ahly and Zamalek. I think the Egyptian league needs rebranding so as to be promoted as a new product.

What should Egypt do to achieve this?

The Egyptian government has to lead the development of local football industry, and this does not contradict with international regulations, as it can push those in charge to improve the local league. The Egyptian Football Association’s (EFA) next election will not make any difference. There must be a professional league, and nothing hinders this now. The TV broadcast rights are now granted to a single company, which makes broadcasting easier. An executive body should be formed to manage the league away from the EFA.

We had a similar opportunity after AFCON 2006, but we missed it. We must not allow this to happen again. It is not difficult and the cost is not high. We have already been through the difficult part. Our company is ready to participate in the development process, and we opened our office in Egypt for this purpose. Egypt has many professional young talents who can change the current situation.

What can the company offer to develop the Egyptian league?

The cost of applying the VAR for an entire matchweek is equal to hiring a foreign referee crew to officiate a league match, so it’s not high and increases the market value of the tournament. We are in negotiations with the EFA over this issue.

In AFCON, there were 25 cameras to broadcast each game. Besides the main camera that is placed at the main media tribune, there are lots of cameras littered everywhere on the pitch side, behind either goal area (netcam), in the stands, on the roof top, and a skycam that runs just over the players’ heads for aerial view, along with a specialised camera for the entry and exit of players. The skycam hangs over the space with four reels anchored at high fixed points at corners of the stadium.

The human element is still very important in the TV broadcast. We can bring foreign directors to train Egyptian ones, as we seek to produce the Egyptian league.

Does the company have other activities in the Arab region?

We will apply the VAR technology in Morocco’s new football season. We also aim to apply it in Egypt to benefit from the presence of six Egyptian referees who were already trained on VAR.

Can you tell us more about the company’s history and business?

The company is based in Barcelona, Spain. Time Out was our agent in Egypt, before we decided to open our office in Egypt. We produce 26 leagues across the world. This year, we produced the UEFA Champions League, the AFC Asian Cup Final, the AFCON, and Formula 1. We distribute the TV broadcast rights of the La Liga around the world. The company also established both Barcelona and Real Madrid channels and museums, and provided the assets of BeIN Sports and Abu Dhabi Media.

When did Time Out start its activity?

Time Out has started five years ago with the aim to develop football sponsorship of players and clubs in Egypt and the Middle East, achieving the best ROI for sponsors.

The company began with a small capital of EGP 120,000 and then was raised by 5,000%. We started as players’ agent. We provided endorsement deals from Málaga CF to Zamalek’s player Mohamed Ibrahim, and from RCD Espanyol to Mohamed Salah before moving to FC Basel.

What are the most important activities of the company?

We are working on developing Etisalat’s sports app. We facilitated endorsement deals for big stars, such as Carles Puyol, Roberto Carlos, Samuel Eto’o, and Mido. These deals secure excellent returns for the company. Two years ago, the company concluded its first sponsorship deal in the English Premier League for an Egyptian company. It was between Chelsea FC and Mobinil in the 2013/14 season when Mohamed Salah was playing for the club. The deal was worth £150,000. We also provided sponsorship deal by Hyde Park to Arsenal, then Banque du Caire, Vodafone with Liverpool, and La Liga with Orange.

How can you attract Egyptian companies to sponsor European clubs?

Some people believe that the sponsorship deal value should be huge, but this is not true for regional rights. It is easy for any company to get the sponsorship rights of a big international club, like Real Madrid or Barcelona, for less value than local clubs, which offers huge advertisement for the company. The Egyptian market, according to studies, is the most interesting for the European leagues in the world. This is mainly due to the football activity suspension in Egypt in the past and banning fans from attending games.

Do you have contracts with Egyptian athletes?

We have the commercial rights of some Egyptian athletes, such as swimmer Farida Othman, handball player Mohamed Sanad. We had some business with Mohamed Salah and concluded his contract with Mobil recently.

Does the company have business outside Egypt?

At the Arab level, Time Out developed the app “du” in the UAE. We have contracts with major clubs there, as well as in Saudi Arabia and Kuwait.

For commercial rights of football side, how do you see the situation in Egypt?

The football industry in Egypt needs great development. There have been some improvements in recent years, but it has been characterised by randomness. It is necessary to change the mentality of dealing with advertising. It is necessary to understand the nature of each club’s fans. Clubs must stop relying on sponsors. Each club has a specific nature of fans and so it must sell its ads accordingly and not unify sponsors for all clubs.