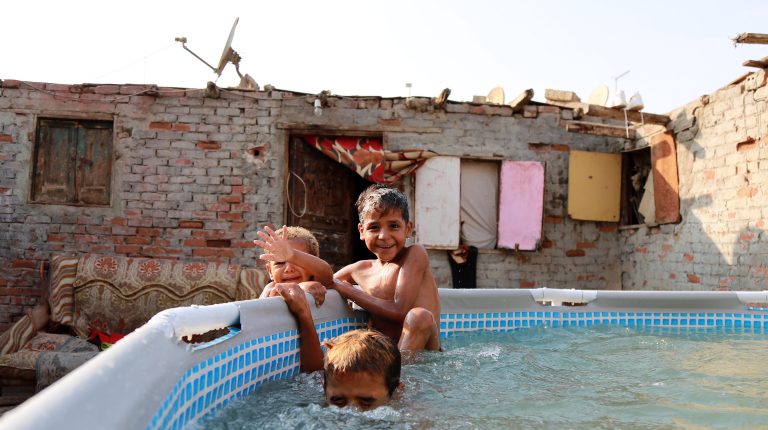 Away from the coastal cities, where people spend most of their summer days getting a tan, their feet overwhelmed with beach sand and their bodies covered with salty water, stand millions of Egyptians fighting to earn basic life needs, and having a vacation over any of the coastal cities, even the popular ones, is a far dream to achieve. 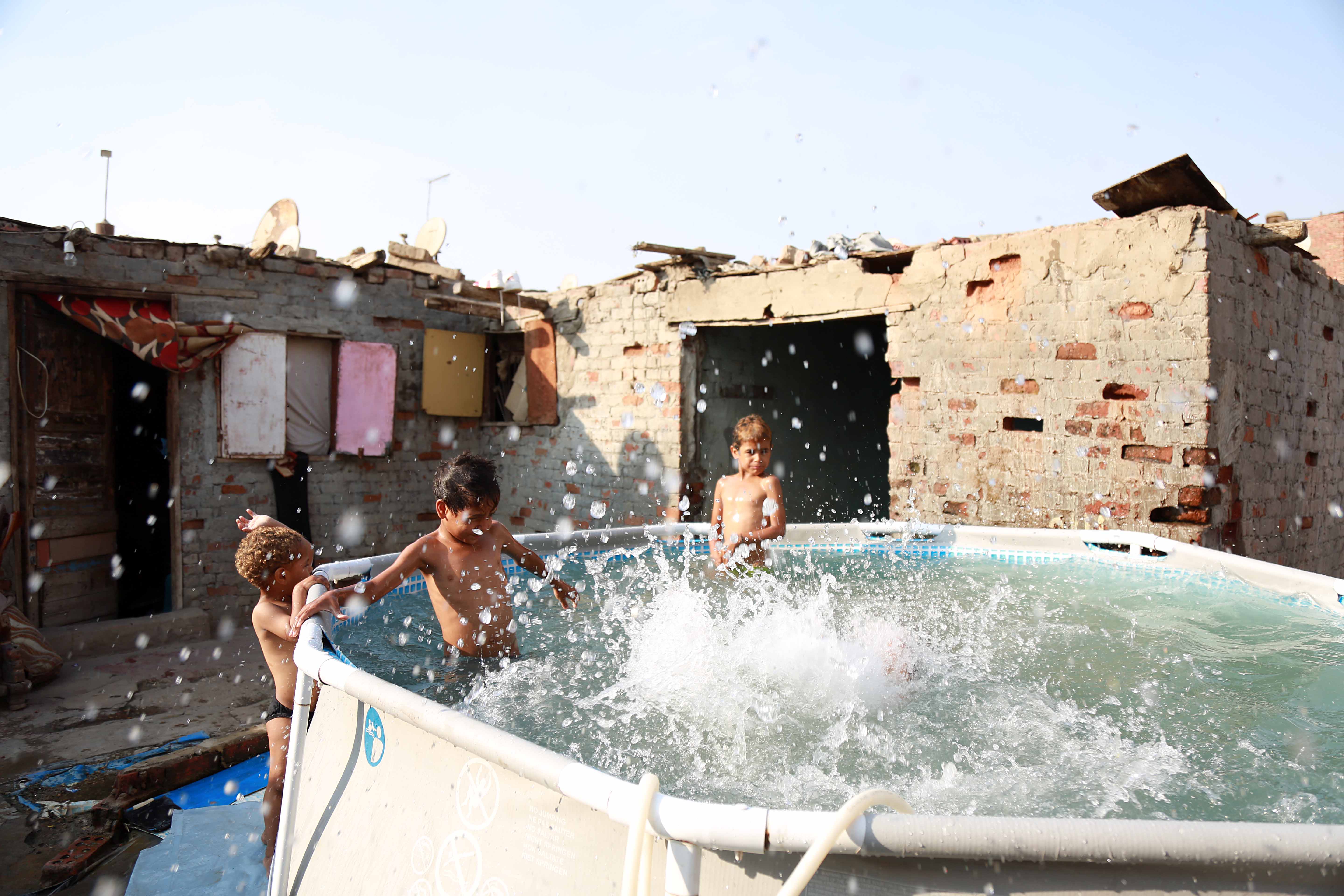 Most of the children living in El-Dweika, one of the big cities’ most underprivileged districts, have not seen any swimming pools in their lives, until Hussein Makbool decided to change the status quo, and place the district’s first ever portable swimming pool.

Out of the belief that the residents of EL-Dweika are “buried alive”, Makbool decided to let the children of his area to live the closest thing to other children who spend their summers by the pool, and decided to open what he sees to be more of a happiness gate to children in need rather than a business project.

Through a plastic portable pool, Makbool decided to have the district’s own beach over the roof of one of the buildings made of red brick.

“No one could have imagined the happiness children and families expressed when I first purchased this pool and announced it is open to public. They were over the moon!” Makbool told Daily News Egypt.

Opened every day in summer from noon till night, the pool’s fees vary from EGP 1-3, depending on the affordability of each child.

He explained that the fees required for getting into the pool depend on the children’s capabilities, and some jumps in without paying anything.

“I know that they suffer to get those EGP 2, and some of them would work hard to get them in order to spend a few hours playing in the water. So, money is not that essential for me,” he added. Every day in the morning, Makbool empties the portable pool and refills it with water. Despite not adding any substance in order to maintain the hygiene of the water, he exerts all of his efforts to keep the water the kids play in as clean as possible.

“We live in a poverty-stricken area; considering to go on a coastal city is not even possible to most of the people living in here, and with very limited sources of entertainment, this pool is the only source of joy these people have,” Makbool asserted.

Twelve-year-old Sayed is one of the kids who regularly visits the pool.

“I have seen the sea one time in my whole life, and that was many years ago. But I come here a lot in order to play with my neighborhood friends in the water,” he said in a hurry before jumping back into the pool.

Every now and then Sayed comes with his friends for a few hours, when they have enough money.

“We usually work for that money,” he added.

All photos taken by Fadel Dawood.