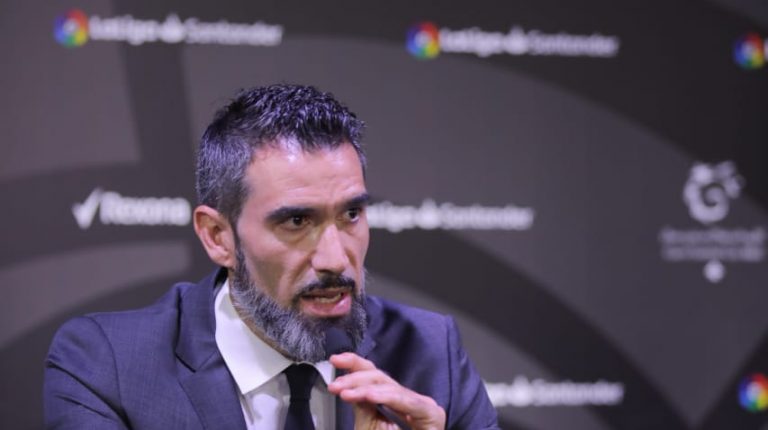 La Liga, the top professional division of the Spanish football league, has expressed its willingness to cooperate with the Egyptian Football Association (EFA) and the Ministry of Youth and Sports to develop the game in Egypt.

La Liga has taken a different approach, placing it at the top of the football pyramid in the world, which has emerged in its quest to open new horizons for further expansion in Africa and the Middle East to enhance its brand and opened the door to cooperation with various countries to develop football.

Daily News Egypt spoke with Fernando Sanz, Director of Institutional Relations and La Liga Ambassadors programme, about what La Liga can offer to contribute to the development of the football industry in Egypt, what the game needs to keep abreast of what is happening in the world, and his recent visit to Egypt. Sanz started his football career at the Real Madrid Academy, and then moved to Málaga CF. Sanz retired from football in 2006, after Málaga’s relegation, with 240 matches and five goals in the top level to his credit, immediately becoming president of the club after his father bought 97% of its shares. After four years, he resigned on 27 July 2010 as the club was sold earlier in the summer to a Qatari investor.

You recently visited Egypt, we would like to know more about the reasons of this visit, and did you achieve the visit’s goal(s)?

I have been in Egypt to inaugurate the La Liga Space and interactive fan zone of La Liga where we highlighted the African talents that play in La Liga this season and also all of the ones that played historically in the best league in the world.

What are your plans for the Egyptian market?

Egypt is a very interesting market for La Liga as we have millions of fans that watch Spanish football every year.

Since 2015, the league has been working to create commercial opportunities and visibility across the continent and Egypt is no exception. Orange Egypt, for example, has been an official Telecom partner of La Liga for the past four years.

More recently, La Liga opened academies in Cairo in September of 2018, with almost 100 children enrolled, while over 1,000 Egyptian students have been reached through cultural seminars in collaboration with the embassy of Spain.

We recently participated at AFCON 2019 through our La Liga Space. Through this activation, we were able to demonstrate La Liga’s ongoing commitment to African football and the key role that African football already plays in our competition.

La Liga has a sponsor, Orange Egypt since 2015, we have an educational partner, ESLSCA Business School, and we run sports management courses with them, projects with the Spanish embassy. Very interesting projects to come soon.

Reflecting on the strength of this relationship, the ESLSCA Business School’s Cairo campus was chosen as the location for the first international course when La Liga Business School began its global expansion earlier in 2019.

It has been previously reported that you are planning to collaborate with the EFA on the VAR technology, what details can you share about this collaboration?

We have met the EFA and discussed many possibilities of collaboration. We are pleased to work with football institutions as we are doing in several countries to take the football industry to the next level in a global perspective. 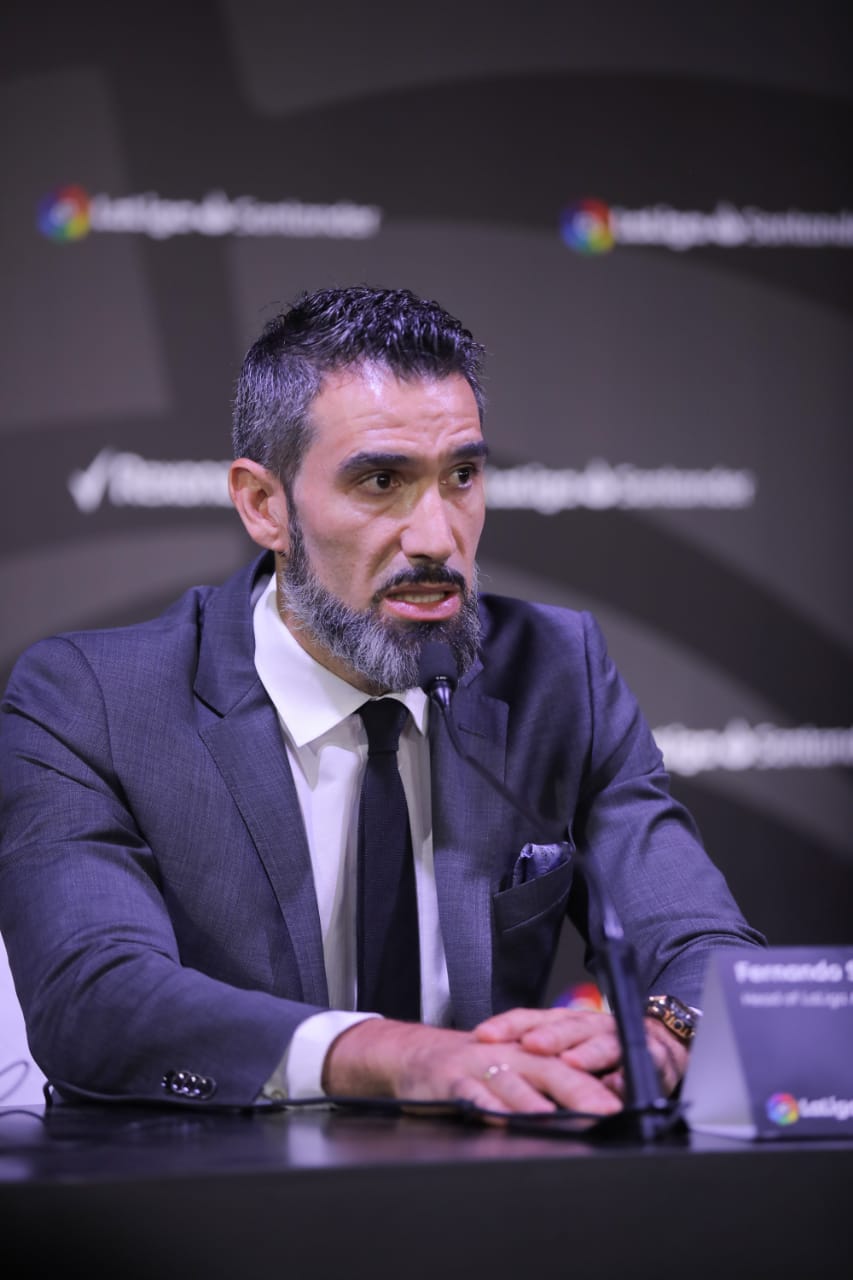 What does the Egyptian football lack to be an integrated industry?

Interchange know-how with foreign institutions is a fruitful way to learn from each other towards professionalisation of the football industry.

How can La Liga help/support Egyptian football in general?

La Liga has academies in Egypt since September 2018 with up to 130 kids nowadays, and we have Spanish coaches on the ground. Our aim with the academies is to transfer know-how. Also, over 1,000 Egyptian students have been reached through cultural seminars in collaboration with the embassy of Spain.

We have been in touch with the EFA and the Ministry of Sports, and we are willing to collaborate with such institutions for the development of football in Egypt.

Are you solely focused on Egypt or do you have plans to spread in other countries?

La Liga strives daily to promote Spanish football beyond its borders with the goal of creating a community of fans across the globe, especially in Africa.

We have 11 offices worldwide and 45 delegates/representatives all over the globe. We have two international offices in Africa. The first office was launched in 2015 in Johannesburg, South Africa, and the second office was launched a year later in Lagos, Nigeria.

Additionally, La Liga has delegates in Kenya, Morocco, Egypt, Tanzania, Angola, Cameroon, and Senegal whose mission is to help enhance the La Liga brand value on the international stage, increasing the number of global followers and driving greater interest in the competition, as well as creating business opportunities both for La Liga and its clubs in Africa.

Why are you focused on branching out internationally and what are the outcomes of these international endeavours?

Since 2013, when our President Javier Tebas took office, we focused on the centralisation of TV rights, financial control of the teams, and fight against piracy.

Our strategy now has changed to become a global player in sports and entertainment industry, for that we are focusing on being digital, innovative, and international, as well as increasing our brand value.

Since 2013, our audience has doubled reaching almost 3 billion people last season and the TV rights are reaching €21bn.

We are focused on being international because the largest number of La Liga fanbase comes from overseas.