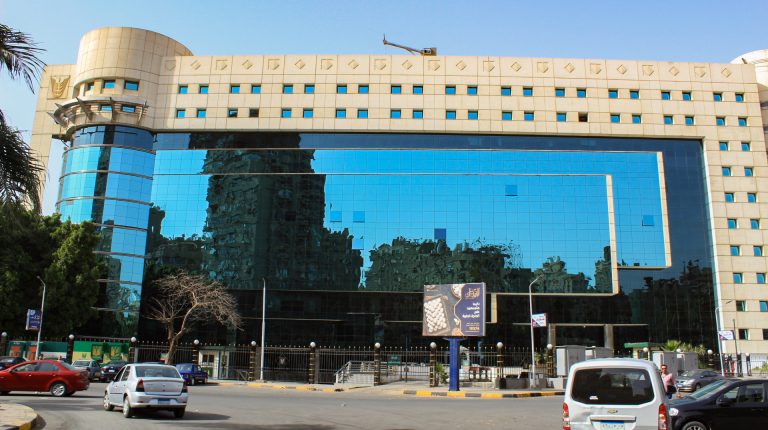 Chairperson of the board of directors of the Agricultural Bank of Egypt (ABE), ElSayed ElKosayer, promised that the bank will have a new role and form during the coming period.

In a special interview with Daily News Egypt, ElKosayer explained that since becoming the bank’s chairperson in March 2016, he has embarked on a comprehensive process of restructuring and development of the bank, based on the significant support received from the Central Bank of Egypt (CBE).

According to ElKosayer, the bank’s management, under his leadership, aims to play a key role in sustainable, balanced, and inclusive development in the less developed and low income areas, and be a major player in agricultural and rural development and financial inclusion.

And onto the interview, the transcript for which is below, lightly edited for clarity:

You have been in charge of the bank for almost three years. What have you achieved so far?

At first, we had a range of challenges when we took over the bank, and they had to be overcome to put the bank back on track. We embarked on a comprehensive process of restructuring and development of the bank, building upon the significant support we received from the Central Bank of Egypt.

The first step was to conduct a diagnostic study of the bank’s situation during the previous phase, and the reasons that led it to fail in fulfilling its desired role which is to contribute to achieving rural and agricultural development.

The study revealed the existence of a number of challenges, the most important of which is the form of the capital base of the bank, the accumulated losses, and poor efficiency of asset management.

Also, the technology and IT system file in the bank was not well developed to enable the bank to achieve its strategy, realise the required development in the field of modern banking products and services, and meet the needs of customers from these services.

The human resources inside the bank needed rehabilitation and many training courses, so that they would gain knowledge of and can contribute to development projects. The human element is the most important element in the process of developing and restructuring the bank.

What has been achieved in all these files?

Through the support of the CBE and its EGP 10bn for 20 years, we have been able to achieve substantial success in improving the capital base, which also helps us in developing the bank’s strategic and technological systems.

We are working on two axes in developing the bank’s technological system, the first is the introduction of new core banking, while working on the second aspect, namely updating the existing systems of the bank, so that it can help us to meet the needs and requirements of farmers and to achieve financial inclusion.

The bank, as you know, has a large network of branches which amount to 1,210 branches, which is equivalent to more than 25% of the number of branches in the Egyptian banking sector as a whole.

We have a large client base of farmers who trust the ABE of up to 3 million customers. We are working to deepen and develop this confidence and develop our relationship with them by offering many products and services.

With regard to the asset file, we conducted a comprehensive inventory of these assets and categorised them according to the needs of the bank, whether current or future, or assets used in strategic projects.

The bank plays a major role in marketing wheat, for example, in coordination with the ministry of supply and the General Authority for Supply Commodities. It is always necessary to ensure that the ABE should not be considered solely for profit, but it must be viewed from the perspective of its developmental role and its role in achieving balanced and sustainable development. This is the vision of the CBE and the vision of the state for the bank’s real role.

What about the bank’s troubled debt portfolio?

We managed to reduce the ratio of non-performing loans to the total loan portfolio from 20% when we took over the bank’s responsibility to a current12%, and we aim to reduce it to 10% by the end of this year, and then to the acceptable levels of 4 – 5% by the end of the strategy period in 2022/23.

The total settlement in the last fiscal year ended 30 June 2019 amounted to about EGP 1.3bn, which included about 16,000 customers, of which about 13,661 customers with total debts amounted to EGP 1.1bn were in the framework of the initiative launched by the CBE to settle troubled debt.

We collected about EGP 573m of these debts. I would like to point out that the success of the bank in this file is due to the adoption of a new policy to deal with troubled debt that depends on the study of each case individually, and to take the appropriate decision, starting from the scheduling of debts and even adjustments, to commensurate with the circumstances of defaulting customers and their ability to pay.

This new policy convinced the troubled client of the concept of the existing partnership with the bank, and established the bank’s keenness on its interests, and provided them with all forms of support in order to help them return to production and profitability, and enables the customer to meet their obligations and pay the debts owed to the bank. 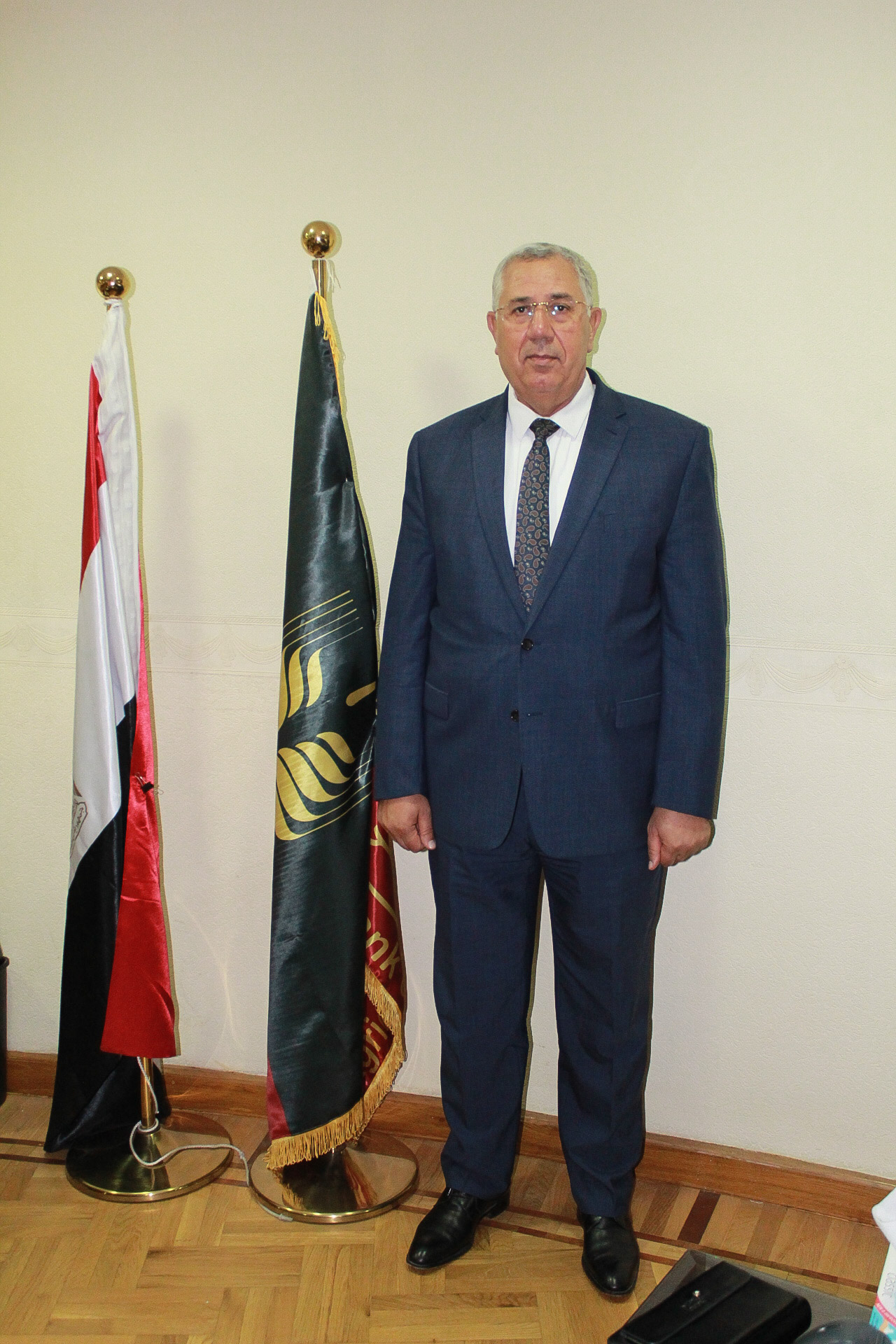 What is the latest update?

We also provided a range of financial technology and mobile payment services, to achieve a breakthrough in this field, within the framework of the bank’s direction and role in the dissemination of financial technology, and compatibility with the state policy and its orientation toward digital economy and transformation into a society without cash.

In this regard, despite the lack of completion of technology development within the bank, and the introduction of new system, we are trying to participate strongly in this field.

The bank is one of the main banks participating in issuing of Meeza cards and we have issued so far more than 200,000 cards, with 720,000 cards already in branches and being delivered to customers.

We also contribute to the government payment system in cooperation with Fawry and e-Finance, as well as the deployment of a large number of ATMs at the bank’s branches, especially in the governorates of Upper and Lower Egypt.

As we said, we are now working on developing the digital infrastructure, the internal environment, and developing labour by providing them with the necessary training to become qualified to keep up with the latest developments in banking services.

We also raised the level of oversight-related departments such as information security, compliance, risk management, operational risk, the introduction of new organisational structures and a method of performance evaluation. All within the framework of the system, I think it will work to restore this bank to its natural situation.

What about branch development?

Among the projects we are working on now, is to create a new brand for the branches. We have awarded 243 branches to an agency for development, to create a unified brand and trade mark.

What are the developments in the bank’s loan portfolio?

When we took over the responsibility of the bank, the size of the loan portfolio was about EGP 22bn, and it has since increased to EGP 30.5bn.

This increase in the loan portfolio comes despite the repayments of loans and treatment of non-regular debt, which normally affects the growth of loans, and is an indication that the bank began to develop its services, and its role in the field of assistance to farmers.

Roughly 75% of these loans are channelled to farmers and micro enterprises, which confirms what I mentioned earlier regarding the role of the bank in the coming period, namely a development role that relies on achieving rural development and financial inclusion, in addition to providing effective services for the community in rural communities.

This is in line with the bank’s geographical penetration as well as the CBE’s and the state vision for the bank and its expected role. We also finance our farmers clients in the framework of the programme for financing plant production.

The loans granted to our customers to finance strategic crops and plant production are about 25% of the bank’s total loan portfolio, with a total value of EGP 8bn to 700,000 customers at a soft interest of 5% only subsidised by the state and the bank.

The bank has a wide range of financing programmes to suit the needs of all its clients, both in terms of plant production, livestock, fisheries, and poultry.

The bank has pumped about EGP 6bn for livestock development loans to 120,000 customers and injected EGP 4bn in loans to projects related to agricultural production and livestock to about 150,000 customers.

The bank is also the second largest bank in the size of dealing with the Micro, Small, and Medium Enterprises Development Agency (MSMEDA).

By the end of March 2019, the portfolio of small and medium-sized enterprises (SMEs) reached about EGP 18.5bn granted to 863,000 customers.

These projects account for 61% of the bank’s total loan portfolio. We are trying to offer our clients many low-interest programmes to help them develop and expand their activities, create added value, and maintain sustainable development. 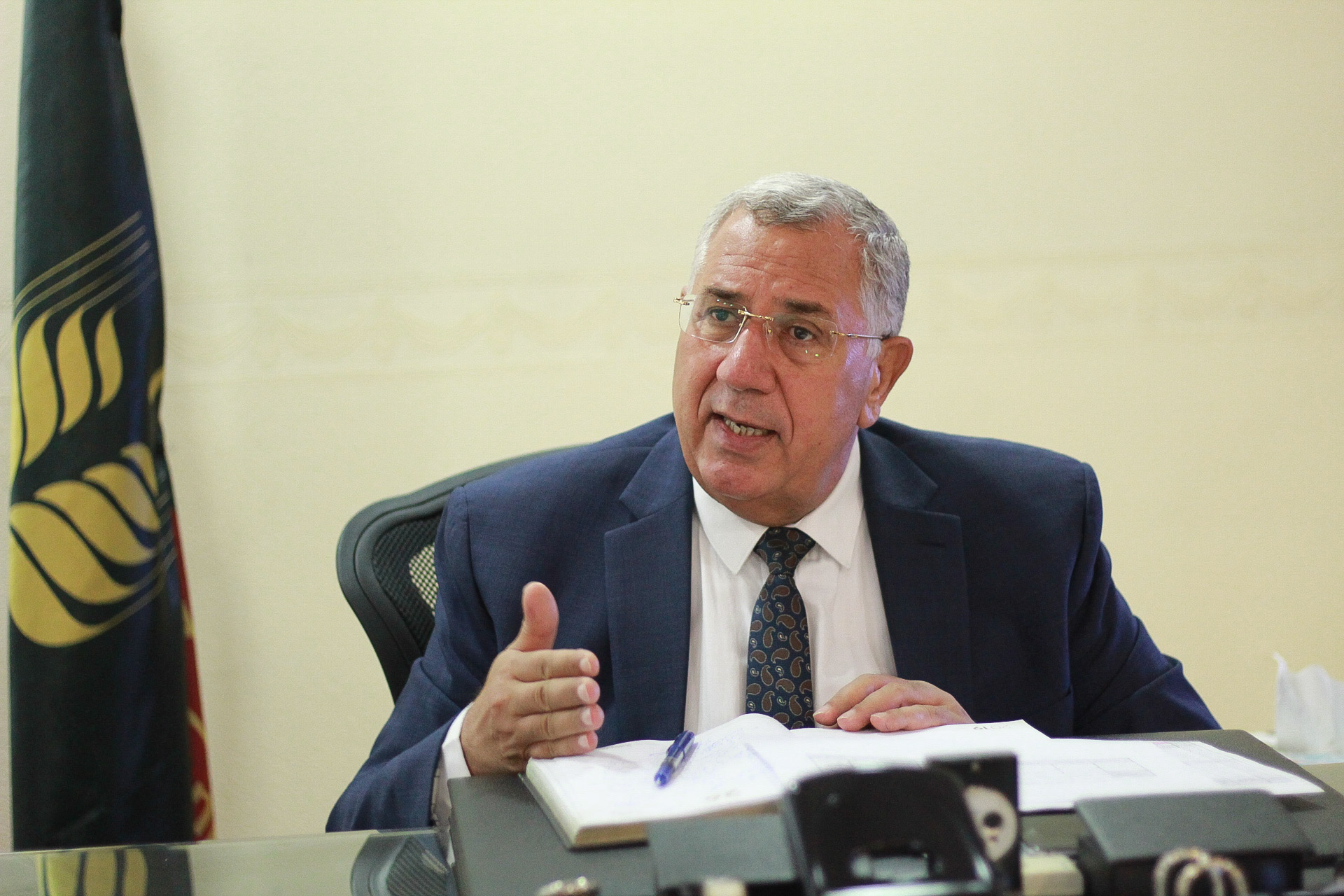 What about the role of the bank in the national project to revive veal?

This project was approved by the government in 2012, but it was not activated until after we assumed office.

We started it in in coordination with the ministry of agriculture, with the support of the CBE. The total number of clients benefiting from this project has so far reached about 5,000 customers.

The purchase of 50,000 head of livestock was financed with a total funding of EGP 690m.

The bank also contributes to the financing of livestock within the framework of the Presidential Programme for the Development of Livestock through the “Finance of Spaces” programme for citizens who have livestock projects and have unexploited capacity, thus providing them with the necessary funding to upgrade the level of employment and utilisation of existing energy. In November 2018, the bank signed a cooperation protocol with ‘Ard El Kheir’ of ‘Misr El Kheir Foundation; to re-operate and finance animal production plants at maximum capacity.

What about the deposits portfolio?

Deposits have also witnessed remarkable growth, rising from about EGP 34bn when we assumed the bank’s responsibility to EGP 57.5bn currently, which also reflects the confidence of our farmers in the bank, its role, and its performance.

What is the aim in the coming period?

We aim to achieve our objectives and the objective of the CBE and the state: to be a major player in agricultural and rural development, and have an effective role in financial inclusion.

We aim to have a role for the bank in sustainable, balanced, and inclusive development in the less developed and low income-generating areas and to provide services in the field of financial technology.

One of the projects we are focusing on is the Agricultural Mechanisation Project. We have already signed a cooperation protocol with the ministry of irrigation to finance irrigation development projects.

We are also coordinating with the New Valley governorate with the support of the CBE for the development of irrigation methods. We also seek through the agricultural company to own a plot of land in the New Valley for palm growing, within the framework of the presidential project to increase date palm cultivation in Egypt. I believe that in the near future, everyone will see the effective role of this bank.

Financial evaluation for e-finance listing to be completed in October: Sarhan

Cautious optimism at EGX this week