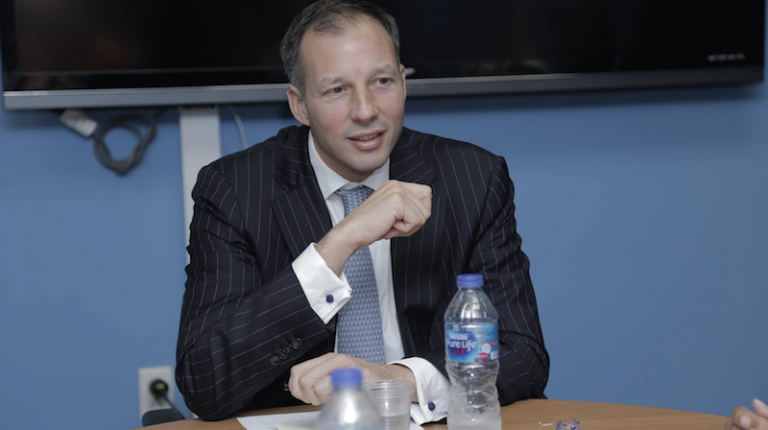 It comes on the sidelines of a press conference held at the American Chamber of Commerce in Cairo last Thursday. Fannon added that the role of the United States is to push cooperation among the member states of EMGF in the fields of energy, research, and exploration.

“Our role will not only be limited to observation, but we will give all forms of support to member states in the EMGF, to make full use of available energy resources and use them in achieving development of those countries,” he stated.

Egypt has hosted the second ministerial meeting of EMGF last week. The first meeting was also held in Cairo in January. It is an opportunity for the Eastern Mediterranean countries to achieve greater cooperation, especially with large natural gas reserves in this region, estimated at 122tn cubic feet.

The countries participating in the establishment of the forum besides Egypt are Italy, Greece, Cyprus, Jordan, Israel, and Palestine, but the membership is open to those willing to join.

Fannon noted that the Egyptian Petroleum Ministry and the US Energy Department signed a memorandum of understanding (MoU) last week to hold strategic discussion between the two countries on energy issues.

Under the MoU, the US Department of Energy will provide technical support to Egypt and will deliver US laboratories’ experiences to Egypt to increase innovation in the field of energy. Bilateral discussions will be held on ministerial level between the two countries at least once a year.

On the other hand, Fannon said the US, in cooperation with some Arab countries, has launched a major international “pressure campaign” on Iran to stop its violations, the last being the detention of the British oil tanker. The pressure aims to support stability in the region.

“Iran’s oil revenues are used to support terrorism, which the US will not tolerate,” Fannon claimed.

He added that this pressure campaign will not affect the international price of oil, especially since the world does not benefit from the Iranian oil exports because there is no price difference between Iran’s oil prices and any other exporting country.

Asked about the right of Palestine to prospect for gas as a member of the EMGF, Fannon said the Egyptian Minister of Petroleum, Tarek El-Molla, called for creating a healthy environment for gas exploration for all member states to facilitate their access to gas.

“There may be political problems between some member states, but it is possible that there will be cooperation in joint energy issues, and Egypt will play a pivotal role in this and will cooperates in turn with the Palestinian leadership and coordinate with Israel, Cyprus, Greece, and Italy in gas exploration,” he said.

In a different context, Fannon explained that America is following Turkey’s work in gas exploration in the territorial waters of Cyprus, and that such operations should be coordinated among EMGF countries.

He added that Egypt, Cyprus, and Israel are in the same region in terms of gas exploration in the Eastern Mediterranean and cooperation among them serves development in Europe, which seeks to diversify the sources of energy it receives.

Turkey has been drilling for gas off Cyprus amid conflicting demands for sovereignty over territorial waters by the two countries since the island divided between Turkish Cypriots and Greek Cypriots.