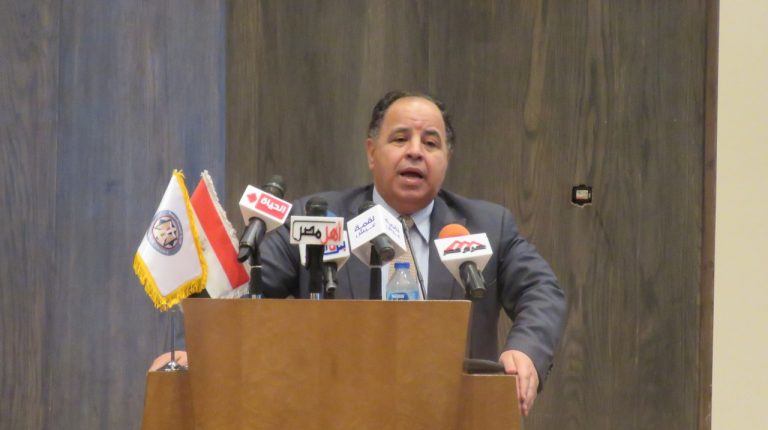 Meanwhile, the tax revenues from the sovereign bodies, including the Central Bank of Egypt, the Suez Canal, and treasury bonds and bills reached EGP 142bn, down from EGP 152bn last year, due to the decline in tax on bills and bonds.

He pointed out that both income tax and VAT will not be changed, as the political leadership is keen on stabilising tax policies, thus stimulating investment, creating more jobs and raising growth rates.

The minister revealed a new income tax law is being prepared and 40% of its articles have been added to the unified tax draft law.

Moeit pointed out that a committee will be formed to review the VAT law, without prejudice to the tax rate. “We are keen on the stability of tax policies in order to avoid the comments on the interpretation of legal texts and the application on the ground over three years,” he added.

Moeit said that that the FY 2019/20 will witness the automation of the Egyptian Tax Authority, the unified tax procedures, the integration of the income tax, and the VAT departments, and improving the work environment.

Moreover, he noted that 90,000 tax dispute cases of EGP 130bn were settled in FY 2018/19, including EGP 90bn that was paid under the tax account, and EGP 11bn was collected, in addition to EGP 9bn that are being collected.

Ahmed Kouchouk, vice minister of finance, said that settling tax dispute is a top priority, noting that they settled disputes with the Egyptian General Petroleum Corporation of EGP 12bn, along with a dispute with the General Authority for Supply Commodities of EGP 18-19bn. He pointed out that the Exemption of Fines when Paying Original Debt law contributed to collecting EGP 6.5-7bn.

Deputy Minister of Finance for Treasury Affairs, Ehab Abu Aish, said that the ministry is working on developing the tax system, which will contribute to the governance of procedures and digital transformation to facilitate financing and provide advanced services and reduce tax evasion.