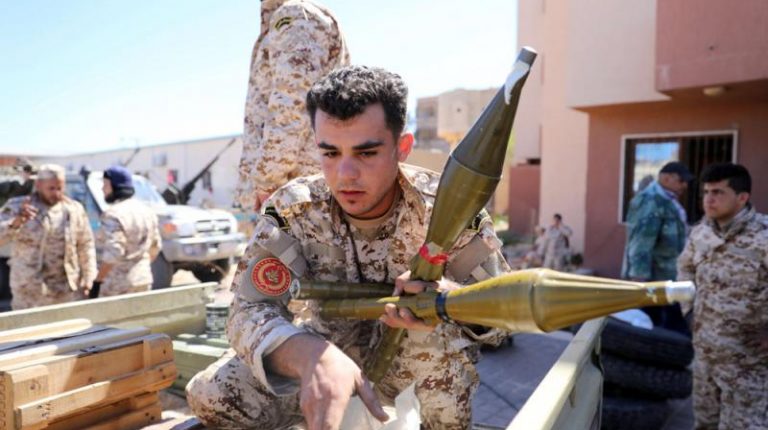 Five doctors were killed and eight others, including rescuers, injured in an airstrike against a field hospital located on the airport road, south of Tripoli, the Ministry of Health in the Government of National Accord (GNA) said in a statement on Saturday night.

Although there was no immediate confirmation or denial of responsibility from the Libyan National Army (LNA) of the attack, the spokesperson for the Ministry of Health, Al-Amin Al-Hashemi, told AFP that “the LNA carried out an airstrike targeting the hospital which was packed with medical teams.”

The Ministry of Health condemned the airstrike, saying that such attacks on medical institutions violates all local and international laws and conventions.

“The attacks targeting the medical personnel and health facilities have no excuse and exacerbate the daily struggling of the citizens,” the ministry added.

The World Health Organization (WHO) and rights groups have repeatedly called on both sides in the conflict to spare medical personnel, clinics, and hospitals.

The battle between rival power seats for control of the Libyan capital since early April, has left nearly 1,100 people dead and wounded more than 5,750 others, while 100,000 civilians have fled their homes, according to the WHO.