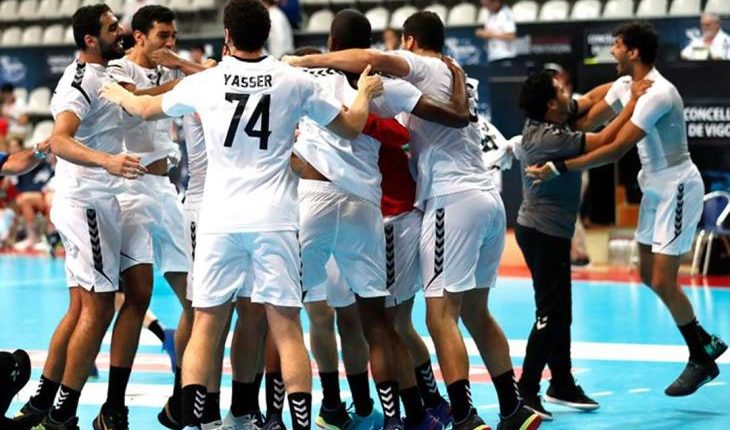 Egypt won the Bronze medal in the 2019 Men’s Junior World Handball Championship, held in Spain, following a 37-27 victory over Portugal in the third-place playoff on Sunday.

The Pharaohs produced some impressive displays in the tournament, repeating the 1999 achievement when they won the Bronze medal against France.

Egypt managed to qualify for the knockout rounds after topping group B following five wins from five against the likes of Sweden, France, South Korea, Nigeria, and Australia, becoming the first non-European team to win all their group matches since 2009.

They then managed to beat Serbia and Norway in the round of 16 and quarter-finals respectively to face their group opponents France once again.

However, France had the upper hand and defeated Egypt 35-33, depriving the Pharaohs of the chance to reach their first final since 1993 when they made history by winning the trophy at home.

The nation team mission will return home on Tuesday morning. The Egyptian Handball Federation, headed by Hisham Nasr, is preparing a major ceremony to celebrate the team’s achievement to be attended by the Minister of Youth and Sports Ashraf Sobhy.

Mission Almost Impossible: How Schalke may be able to beat Manchester City