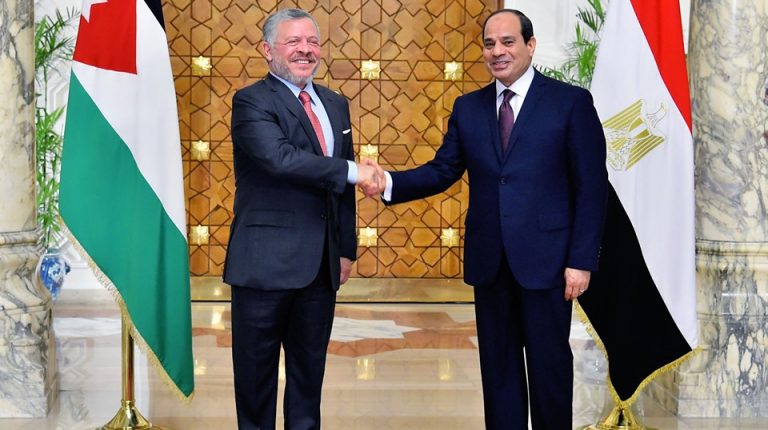 Both leaders stressed the need to reach a two-state solution for the Palestinian-Israeli conflict based on the establishment of a Palestinian state along the 1967 borders with East Jerusalem as the capital, according to Egypt’s presidency spokesperson Bassam Rady.

They praised special ties between the two countries, and discussed means to boost joint cooperation.

Abdullah’s visit to Cairo comes within the framework of the close relations between the two brotherly countries and the keenness of the two political leaders to push forward the bilateral relations and give them the necessary momentum in various fields to achieve common interests.