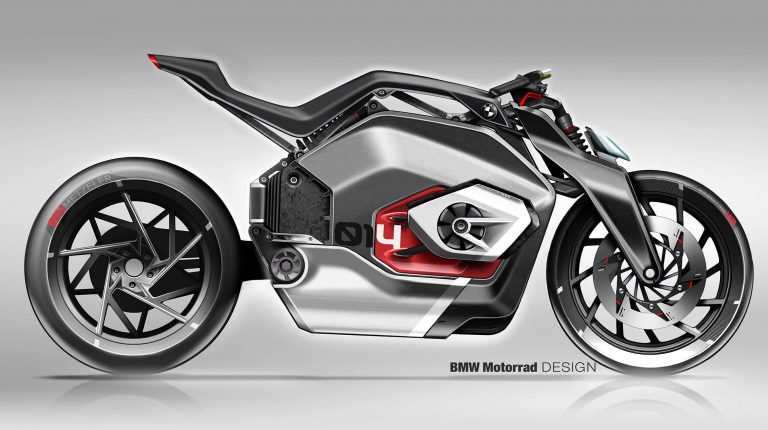 For more than 90 years, the boxer engine, also known as the flat engine, has been a key element of the BMW Motorrad identity, in both technological and visual terms. But as the world turns to clean energy and electrified vehicles become ever more part of the vocabulary, BMW has delved into a battery-powered motorcycle future with its Vision DC Roadster concept bike.

BMW Motorrad has used the quintessential twin-cylinder boxer engine as a styling element to link modern technology with an iconic past.

This is not BMW’s first attempt to manufacture an electric motorcycle. When the company was celebrating its centenary three years ago, it has introduced its first electric motorcycle test model, Vision Next 100 Bike, which did not find popularity unlike the new test model that was designed to draw attention.

The DC Roadster with a very futuristic design is somewhat like racing bikes, as well as retaining the outlines of previous generations of motorcycles.

In the traditional motorcycle, the engine is the main element in the new design but the electric motor has a completely different requirements in terms of installation area, while in a conventional motorcycle, the size of the engine is determined by the capacity, but the battery takes most of the space. The BMW kept the iconic appearance of the Boxer engine, leaving everyone puzzled about it; is it a motorcycle or electric bike?

The designers have placed the batteries vertically in the position of the engine previously, longitudinal for cooling purposes, and features two side elements with cooling ribs and compact ventilators, as in the R32 model, which was designed in 1923 to put cooling elements in the airway.

The company has maintained the engine of Vision DC Roadster secret until it was officially presented to the public at a special ceremony the company intends to organise soon.