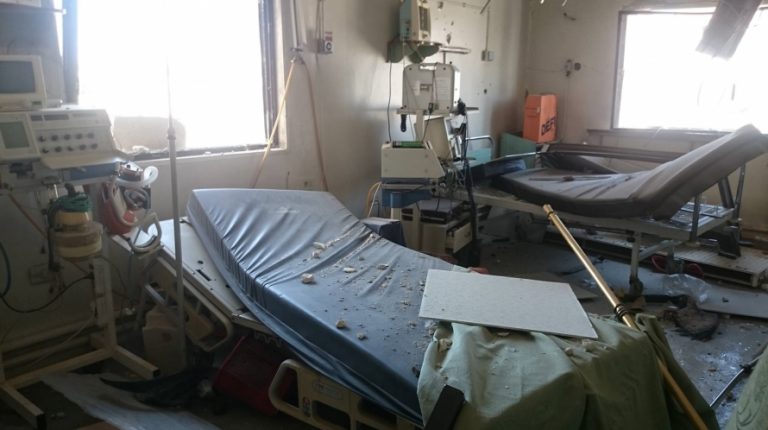 The British embassy in Tripoli condemned the airstrike that targeted a field hospital in Tripoli killing five doctors and injuring eight others on Saturday.

“We strongly condemn the reports about targeting civilians in the field hospital South of Tripoli,” the embassy stated on Twitter on Sunday night.

The embassy asserted that civilians, including aid and health workers, as well as civil facilities, such as hospitals and schools, should be spared in conflicts.

“All military escalation must stop immediately to prevent further losses of lives,” the embassy added. The forces allied with the Tripoli-based Government of National Accord (GNA) has accused the Libyan National Army (LNA) of conducting the deadly attack.

Tripoli has been the centre of clashes between Libya’s rival power seats, however, the western city of Misrata has also taken its share in the violence.

Since last Thursday, the LNA has intensified its attacks on Tripoli. On Sunday night, it announced that it expanded its operations to Misrata targeting military sites belonging to GNA in the city for the first time, according to Saudi Al-Sharq Al-Awsat newspaper.

LNA spokesperson Ahmed Al-Mesmari said that the army cut off the main route between Tripoli and Misrata. In addition, LNA’s Karama Operations Room said in a statement that the bombing of Misrata targeted the source of the Turkish-made drones that allegedly attacked the LNA’s Jufra airbase.

The operations room pointed out that the strikes targeted about ten carefully-selected sites on Thursday, including operating rooms and ammunition stores in Misrata.

The civil war in Libya has not only affected locals, but also affected refugees.

About 150 migrants seeking to reach Europe drowned in a shipwreck off the coast of Libya last Thursday, according to the United Nations, which called it the largest single loss of life in the Mediterranean so far this year.

Commenting on the tragedy, Pope Francis on Sunday offered prayers for victims of the shipwreck, according to Vatican News

Francis called on the international community “to act with speed and decisiveness” to address the issue of migration. His appeal came during the Sunday Angelus, when he expressed his sorrow and asked the worshipers to join him in a prayer for the dozens of migrants who died trying to reach Europe.