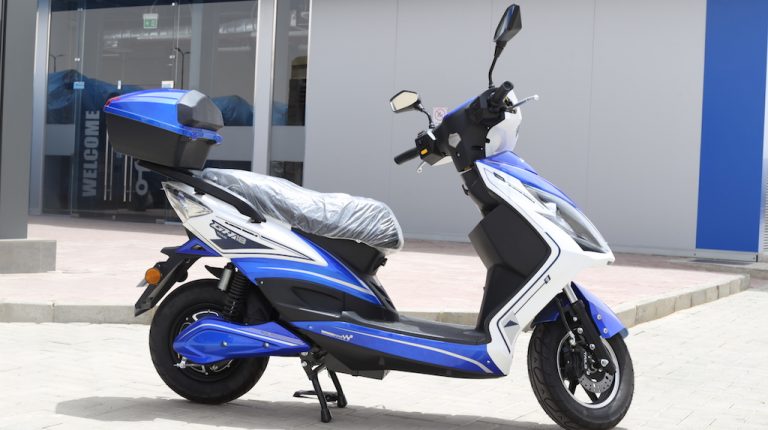 A new electric scooter model has recently entered the Egyptian market, shortly after the entry of the conventional scooter that flooded the Egyptian streets.

Many factors were behind the emergence of the electric scooter in Egypt, notably the high gasoline price, which made the Egyptians tun to cheap alternatives.

The electric scooter appeared in several models and brands, including imported ones, locally assembled, and others of unknown origins. Many certified distributors and exclusive dealers emerged, including Tredco El Sayad, which introduced the Glide G1 and G2.

Then Raya Auto introduced the TAILG electric scooter, which is assembled at its factory in the Sixth of October City and comes in two models: ED and EA.

Very compact scooter for light-weight riders who will ride solo for everyday use. It can meet their demands of good acceleration, light weight, balance, and brakes.

Its design is simple with some sharp lines on its sides with large headlamps, to cover as much distance as possible with LED technology. The tail LED lights are in V shape, which gives the scooter a special character especially at night.

Despite the small size of the scooter, but the seat is very comfortable, especially for people with small stature and weights as we mentioned earlier. The ED also comes with multiple storage spaces, in front of the front passenger, under the seat, next to the rear luggage compartment.

The scooter depends on a DC 1,000 watts engine to make the 109kg scooter accelerate to a top speed of 45 km/h. During the test drive, we were able to break that top speed. The scooter has three modes for acceleration.

The electric motor is powered by six ordinary acid batteries, which give the scooter up to 70 km range per charge, and can be recharged using a 220-volt adapter in 4-8 hours.

The battery life extends to about 600 cycles, for 2-3 years in moderate use.

The EA model is bigger than the ED and capable of carrying two people per day smoothly. It also has more space, which enables riders to drive for longer without having to stop for breaks.

The design of the EA is simple as many of this category’s models in the Egyptian market. It also comes with big LED headlights and taillights.

Of course, given its bigger size, the EA comes with a very comfortable seat for two passengers, next to multiple storage areas, in the front, under the seat, and the rear luggage compartment.

The EA relies on 1,500-watt DC engine to help the 130kg scooter reach a top speed of 45 km/h. The scooter also has three driving modes. Unlike the small model, the EA accelerates relatively slow, given its bigger size.

The electric motor supports six ordinary acid batteries, giving the scooter up to 75km of range per charge and can be recharged from the traditional 220-volt outlet in 4-8 hours.

The battery life is up to 600 cycles, ranging between two and three years in moderate use.

Both the EA and ED enjoy a theft protection, where the scooter can be turned off and on using a remote- control device, which is an added benefit considering the increase in motorbike thefts recently.