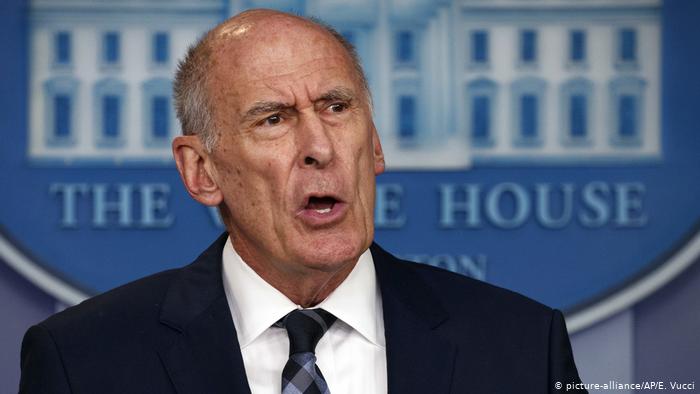 Director of US National Intelligence, Dan Coats, announced on Sunday that he will leave his post. It was the latest high-ranking resignation in Donald Trump’s team and his departure comes just two weeks after Labor Secretary Alexander Acosta’s resignation, AP reported.

Trump thanked Coats for his service, saying his departure would be effective on 15 August. The US president will nominate John Ratcliffe, a Texas Republican member of the House of Representatives.

“John will lead and inspire greatness for the country he loves,” Trump said.

Coats, a former Republican senator from Indiana, was appointed director of National Intelligence in March 2017. He was the fifth person to hold the post, which was created after the 11 September 2001 attacks to oversee and coordinate the country’s 17 intelligence agencies.

In his two-year tenure, Coats clashed with Trump, as he took a harder line toward Russia that sharply contrasted with the president’s conciliatory approach.

The two also clashed on North Korea. Coats told Congress in January that the hermit nation was unlikely to give up its nuclear weapons, contradicting Trump’s statement that Pyongyang no longer posed a threat.

By contrast, Ratcliffe is seen as a Trump ally. The Texas Republican has questioned the legitimacy of the Mueller report into Russian election interference and urged investigation into potential wrongdoing during the Obama administration.