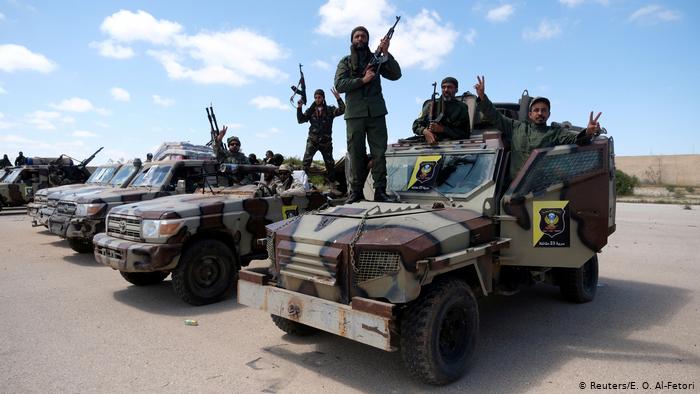 The Untied Nations envoy in Libya, Ghassan Salamé, has called for a truce to be declared for the Eid Al-Adha religious holiday which will fall on about the 10 August.

“Following the truce, I request a high-level meeting with concerned countries for the cessation of hostilities, to work together to enforce the strict implementation of the arms embargo to prevent the further flow of weapons to the Libyan theatre,” Salamé declared.

He also called to conduct a meeting of leading and influential personalities in Libya from all over the country to agree on comprehensive elements for the way forward.

“The forces on both sides have failed to observe their obligations under International Humanitarian Law”.  Salamé added, explaining, “The war has worsened humanitarian conditions and hindered access to food, health, and other life-saving services”.

He warned that the power grab for the capital, Tripoli, could “grow into a full-blown civil war” which opens the door to terrorist groups who are already a threat inside Libya, asserting that Libya has become a terrain of experimentation of new military technologies and recycling of old weapons which have been recently transferred to Libya with the support of foreign governments.

In the same vein, the clashes between Libya’s rival powers has exacerbated the daily struggle of citizens.

The European Union condemned the airstrikes that targeted schools and hospitals in Libya in a statement on Monday.

The EU was concerned about the attack on an alleged field hospital in Tripoli on Saturday, which cost the lives of five doctors and one paramedic and injured eight others, as well as Al-Alamain school that was hit, according to the European External Action Service (EEAS).

“Such civilian infrastructure is protected under International Law,” the EU said, adding, “We remind all parties of their obligation to uphold International Humanitarian Law and we expect a thorough and independent investigation so that those responsible are held accountable”.

The statement explained that the fighting in Libya has taken too many lives. The interest of the Libyan people must be put first by resuming dialogue in order to identify a lasting political solution to the conflict as part of the UN-led process.

Libya has witnessed a civil war since last April, however the geographical scope of the violence has spread. For the first time the government of national accord (GNA) forces launched an air attack on the main rear base of the Libyan National Army (LNA) in the Jufra region. Therefore, the LNA has expanded its operation and launched airstrikes at the GNA’s airbase in Misrata.

Even more worrisome, the LNA announced that a number of Turkish military personnel are injured, in its airstrike operations in Misrata, which targeted the GNA’s military sites, according to the LNA affiliated branch of Libya’s News Agency (LANA).

The LNA also accused the GNA of using the air force academy in Misrata to launch Turkish-made Unmanned aerial vehicle claiming that the Turkish military personnel who are injured were training forces elements for the GNA at Misrata College.