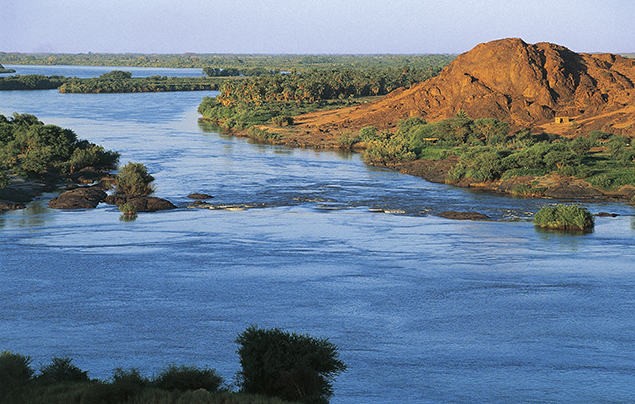 The ministry of water resources and irrigation announced recently that the flood of the river Nile will decline by the end of the current water year, decreasing Egypt’s share of water by about 5bn cubic metres (m3) of water. The ministry declared a state of emergency over the water situation.

Egypt is depending on the Nile flow (55.5bn m3) to provide about 97% of its present water needs with only 660 m3 per person, one of the world’s lowest annual per capita water shares. Meanwhile, Ethiopia is going ahead in constructing the Ethiopian Renaissance Dam (GERD), which is believed to threaten Egypt’s water security.

The ministry said that the Nile Forecast Center (NFC) has reviewed, analysed, and evaluated the flood situation over the years through mathematical models, extrapolating the results and extracting predictions of Nile flooding as a major water resource in Egypt.

Sebaey said that the Supreme Committee of the Nile Water Flow has set a number of measures as part of the national strategy for water to cope with these changes. He added that these measures include decreasing the amount of water used in agriculture by decreasing the area of some crops which consume high amounts of water such as rice and sugarcane.

In the upcoming 30 years, Egypt’s population is estimated to reach 150 million, which will lead to a decrease in the per capita share of water to be 350 m3/year.

During the ceremony of the World Water Day in March, The Minister of Irrigation and Water Resource Mohammed Abdel Aty said that Egypt is on the brink of a water crisis. He called on the people to “concern” themselves about the Egypt’s water security.

He added that this “concern” will “push us to work on solutions for the crisis” in order to avoid a crisis similar to what had recently happened in South Africa. South Africa faced a serious water crisis and it was about to reach the “day zero” of water.

The minister clarified that climate change will negatively affect Egypt’s underground water stock in the Nile Delta. He noted that the country is working on desalination projects to cope with the crisis, stating that “Egypt will become the biggest country in reusing water globally”, clarifying that the budget of Egypt’s water projects reached $50bn.

Moreover, the minister said that the strategy of his ministry is based on four objects: first, enhancing the quality of water; second, decreasing using water and enhancing the process of use; then developing the water resources; and finally, providing a suitable environment for integral water management.