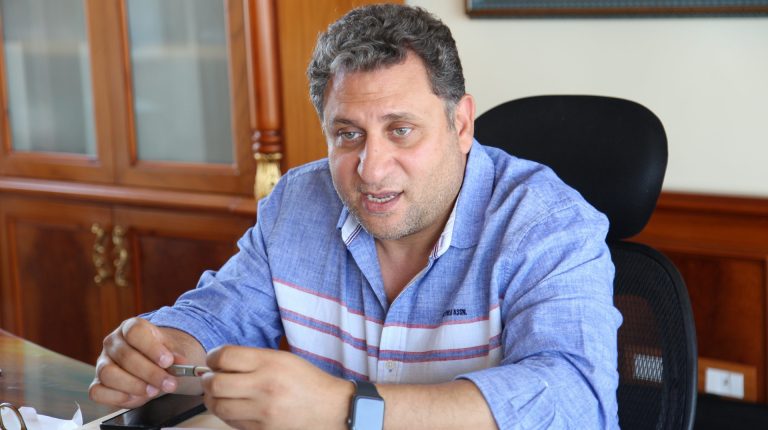 Egypt’s civil society organisations are currently awaiting the issuance of the executive regulations of the recently-approved non-governmental organisations (NGOs) law to start working with it, after a long period of facing difficulties in performing their work.

In 2017, the state approved a law which was not welcomed by the majority of NGOs, due to including several harsh articles hindering civil work. It was also a reason that put the Egyptian state in the path of severe international and local criticisms. Despite parliamentary approval and presidential ratification, the executive regulations of the law remained pending throughout the last two years, until President Abdel Fattah Al-Sisi responded to the calls of civil society, and ordered a committee to be formed to look into and make possible amendments.

After several community dialogues, the ministry of social solidarity decided to come up with a new law satisfactory to all sides. Many of local NGO’s viewed the new law as a better version compared to the 2017’s law.

Daily News Egypt interviewed the President of Maat for Peace, Development and Human Rights, Ayman Okeil, who is one of the prominent NGO members in Egypt, and he is also a member of a governmental human right committee, and his association have contributed in civil activities and was always one of the most-popular observers during any of the country’s elections.

During the interview, Okeil discussed the advantages and disadvantages of the new NGOs Law, the difference with the previous law, electoral performance in Egypt, and how the state responds to foreign criticism, as well as parliamentary performance.

In the beginning, Okeil, who is also a lawyer, praised the move of amending the law, explaining that since long years ago, civil society organisations have been working under Law No 84 of 2002, and never stopped calling for its amendment as they believed that it restricted their work.

“There were around six bills and the new law was the best. It mostly covered all the comments and concerns of the members of civil society. However, this law is still facing criticism, but yet better than any other previous NGO Law enforced in Egypt,” Okeil said.

Although Maat did not attend any of the community dialogues, their comments along with other civil organisations, were considered in the New Law, according to Okeil.

Speaking of civil society efforts to reject the Law of 2017, he highlighted that his association, along with other NGOs had attended several meetings with governmental figures and appeared in the media to express their opposition toward the law.

Okeil believes that the insistence of civil society groups to amend the law was the main reason beyond the hindering of executive regulations for the Law of 2017.

When asked on how NGOs were performing in the absence of bylaws of 2017’s Law, Okeil said NGOs faced “a state of paralysis” for almost two years.

He explained that NGOs were in an uproar, facing obstacles to finish work since no solid regulation is present to follow.

What Okeil thinks about the new law?

Elaborating further on the new NGOs Law, Okeil asserted that “the new law is the best one yet, you can never find a perfect law accepted by all people and concerned bodies,” Okeil shared, adding, “Throughout history, all laws organising the work of civil society faced criticism, however, the work of NGOs was ongoing and never stopped.”

“From my point of view, the new law is good, as it had responded to the majority of the calls of civil society, such as the cancellation of prison penalties, establishing a new NGO upon notification instead of approval as before, properly organising the work of foreign NGOs in Egypt from their establishment, declaration, and sources of funding,” Okeil said, praising the New Law.

He noted that one of the good advantages in the new law is that it gives NGO members the right to file a lawsuit to the judiciary in case if the concerned authority rejected the establishment of an NGO.

Regarding funding, he said that new law decided 60 days as a specific timing and duration for receiving and informing about the funds, highlighting that contrary to the previous law, if the concerned authority did not respond, the NGO can still work normally and receive the fund.

In the Law of 2017, in case of absence of approval on funding requests, NGOs were not allowed to receive the funding.

“Entire articles are regulating the civil work while giving the state the right to supervise them, which I think is something normal,” Okeil said.

Despite Okeil’s satisfaction with the law, he expressed his concern that the law would not be implemented properly, and be used against NGOs.

“The employees would complicate the procedures and hinder the work, thus, we recommend that the government trains ministry employees to work on implementing the law and to be able to take the right decision as well,” he suggested, citing an example that in of articles of the New Law, ministry’s employees are granted the role of judicial control officer, to visit anytime the headquarter and without prior notice it and freely interfere in its affairs, saying this would cause troubles, and open the door for any officer to visit any NGO anytime and do whatever he wants.

“The way the law will be implemented will decide whether it will regulate the work of civil society or not, no matter how good the law is,” Okeil added.

He stated that other civil organisations might not be fully satisfied with the New Law, but still believe that it is better than the law of 2017.  “For me (as civil society member) I think this law regulates the work of civil organisations in Egypt and is good, but still I am worried that it could not be well implemented and will shift into a bad law.”

“Still, I understand the state’s stance, I cannot deny that the past period was difficult, many NGOs worked on reports distorting the country’s image,” he added, highlighting that “the New Law is very cautious and grants the state its right to supervise and ensure that no work or activity could harm Egypt or threaten state security.”

“I don’t think that announcing sources of funding and how it will be used are matters restricting freedom of work. So, I recommend that NGOs be more patient and cooperate with those who will work on implementing the law until the image is clear for all,” said Okeil.

Critics to the new law

Following the approval of the law, some members rejected it, claiming that it came as a response to foreign pressure. Okeil commented on this regard, saying that “I think that there around 560 members in parliament, really it would be illogic if all of them agreed with the law. There should be some members rejecting the law. Also, I think the state is fully aware that no one can ever stop expressing his opinion, even in Egypt. No one can silence anyone, even by cutting the internet or banning social media, all are online, all can speak”.

“I don’t agree with this point. The idea of having an ideal law doesn’t exist in the whole world,” Okeil asserted.

On how NGOs can help the state to respond to critics, he said that he rejects such an idea, saying that NGOs are not in charge to respond to any critics, only the government has to do so. He also does not believe that a certain NGO can respond to a report released by any other NGO.

Relationship between civil society and government

Moreover, commenting on the cooperation between the government and civil society, he said the relationship between both sides deserves a period to improve, suggesting that the government has to show good intentions toward NGOs and vice versa.

During the past two years, elections in Egypt have been seen in a new form. Voters danced and sang in front of electoral committees while some groups bought voters. When asked on how NGOs could deal with these acts, Okeil said that these forms are a way of expression and response to voices distorting the importance and validity of elections.

He also noted that although these scenes were witnessed during the presidential election and the constitutional referendum, their integrity was not impacted, and the percentage of peoples’ participation was fair.

The recently-approved constitutional amendment will allow the establishment of the senate to assist the parliament. Okeil commented on this, saying that it will help to reduce the burdens on parliament.

As for blocked news and NGO websites, Okeil suggested that civil society cannot do anything in this regard, expect to report and document it.

He also urged that nothing happens without a reason, definitely, these websites must have violated laws and committed acts which threatened and harmed state stability and distorted its image, adding that the unblocking of these websites will happen only when they follow rules and regulations.

Recently, the State Information Service (SIS), the National Council for Human Right (NCHR) and the Parliamentary Committee of Human Rights, mainly became the state’s voice to respond to any foreign criticism. When asked on whether it’s normal that these entities neglect their initial duties and focus more on defending the state’s image, Okiel commented that he thinks that the only human right committee of parliament is the one in charge of such a role since it is a governmental body.

He rejected that the NCHR is a defender for the state, asserting that the ministry of foreign affairs and governmental human rights committees are the only ones who should do so, and he thinks that they are already doing great work in this regard.