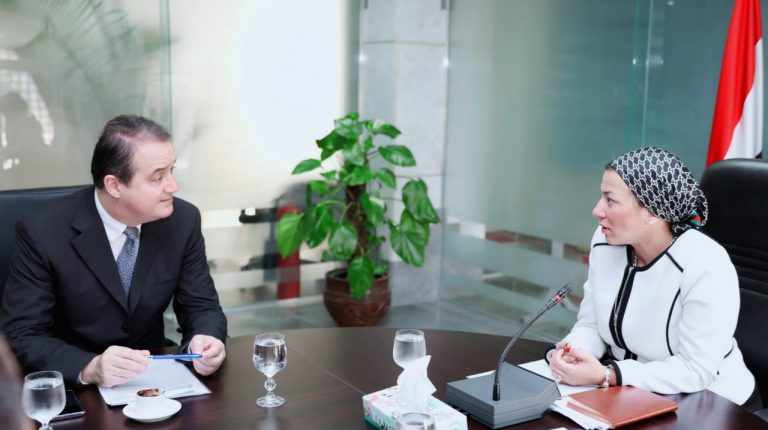 The Minister of Environment, Yasmine Fouad, discussed on Wednesday with Yannick Glemarec the executive director of the Green Climate Fund (GCF), the mechanisms of funding a number of priority projects in Egypt and African countries.

The meeting reviewed obstacles which African countries are facing in order to get financing from the fund. Discussions also stressed the need to consider the views of developing countries in the preparation of the strategic plan of the fund.

Fouad stressed that the integrated coordination of the three international environmental conventions on climate change, desertification and biodiversity, is imperative to achieve the goals of sustainable development.

The GCF was established to support low-emissions and climate-resilient development in developing countries. It is part of the financial mechanism of the United Nations Framework Convention on Climate Change (UNFCCC), and serves the Paris Agreement.

Fouad renewed her ministry’s support for making Sharm El-Sheikh a green city in a project funded by the United Nations Development Programme (UNDP) to set a model of the sustainable city. The UNDP will also find international funds for Egypt.