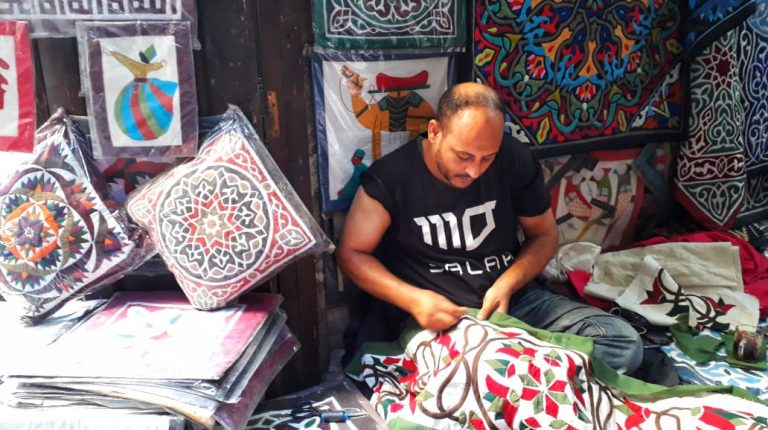 As an environmental researcher, Usama Ghazali travelled across the country,  south, through deserts, villages, and unvisited regions, to explore real spirit of Egypt’s handicrafts.

During his earlier visit to India, he found out that they keep track of their handicrafts in a beautiful atlas. Afterwards, Ghazali returned to Egypt full of enthusiasm to do the same in his home country, to archive all handicrafts across Egypt, showing where they are based, how they are distributed, and making a record for the children and grandchildren to come.

Not only that, he also established a company not just to market these products, but to shed light on their makers and artists, and hold courses for those interested to learn more.

Daily News Egypt interviewed to Usama Ghazali to find out more details about his journey,  the difficulties that he faced, and how he accomplished his mission, the transcript for which is below, lightly edited for clarity:

What inspired you to start an Atlas of Handicrafts?

In 2012, when I travelled to India and saw the crafts’ atlas there, I was astonished, and somewhat jealous that Egypt did not have an atlas like it, despite its wealth of handicrafts. I thought about documenting the handicrafts my return to Egypt in March 2012, and started working on the encyclopaedia, and I collected information on the crafts I know, in cooperation with some friends, and then began the research journey.

What kind of work did you do at the time?

I was the director of the Gebel Elba National Park, in the south of the Red Sea governorate, until 2012, and then I left the job in order to start my own project under the name Yadawya for the development and marketing of crafts and handicrafts.

How did you conduct your search for crafts?

I was looking for the traditional crafts of the communities in the cities and governorates of Egypt, by adopting a heritage-based approach so that each community could maintain its distinct heritage. I intended to keep the crafts from being extinct. I then drew a map for each governorate and pinned the locations for the many crafts there so that tourists and visitors can easily find the location of each handicraft.

What was your criteria for including a certain craft into the atlas?

Each craft or profession is subject to several criteria and mechanisms for its inclustion into the atlas, the most important of which is how old it is – must be between 50 and 100 years – and to be authentically Egyptian.

How many governorates have you included in the atlas?

I travelled to 22 Egyptian governorates out of 27 governorates. I was looking for the marginalised, remote residents away from the capital, in order to reach craftsmen and women, such as carpet makers and palm painters. I found strange crafts on my journey such as drawing using wheat, sculpture of the buffalo horns, the manufacture of scales, and the animal leather-based handicrafts, such as the goat leather.

What are the strangest crafts you have discovered? Have you found support during your journey and what difficulties have you encountered?

I did not receive any financial or institutional support during my trip, and relied on self-financing for this project, which sometimes hindered me from fulfilling my mission, apart from forming a large working group on documentation, photography, and video.

Sometimes I would reach an end of paved roads and I had to ride old, worn-out vehicles. Other times I had to walk for long distances.

What are the most famous handicrafts that have disappeared from Egypt?

Unfortunately, for example, Nubian embroidery and engraving on the “buffalo horn” have disappeared. Making a special type of bed, similar to that of Tutankhamen has almost gone extinct, as only one person can now make them.

What drives the crafts extinction?

The reason behind the disappearance of these crafts is due to the change of time in addition to technological development. As the sons of craftsmen defer from following the steps of their parents, leaving only the elderly. So, we seek to transfer these experiences to the new generation for the continuation of the handicrafts of Egyptian heritage.

Do crafts have a life cycle?

Any craft begins with a use for it and then becomes an art, and the crisis lies in the lack of support for handicrafts in Egypt, which made them lose much value during the recent period.

What are the handicrafts in high demand?

The palm and beach bag crafst are the most sought, in addition to handcrafted carpets that are used as souvenirs.

Which governorates have the most crafts?

Upper Egypt is generally much richer than the Nile Delta in handicrafts, and its governorates has the lion’s share with about 35 crafts.

What is the Yadaweya project and how did it start?

The project was an digital social enterprise and it intendeds to serve as a link between the families producing handicrafts in the governorates of Egypt and consumers looking for authentic products that revive the sense of pride in the original Egyptian heritage. With the expansion of the project, its employees realised the importance of extending services beyond the internet, explaining that they felt the importance of working in parallel between the “online market” and on the ground for consumers who are always looking for products more tangible than those they surf online, and we have already opened our headquarters in Maadi. 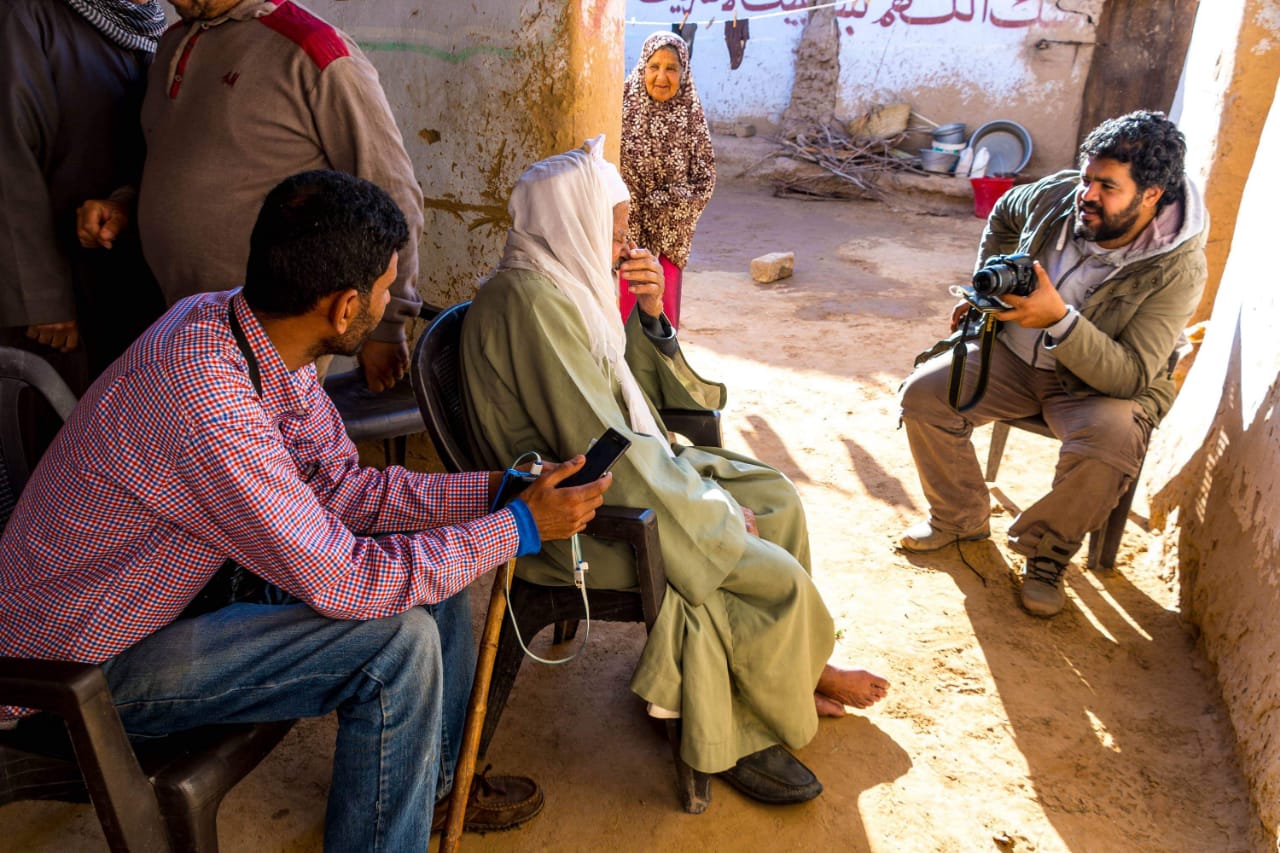 Is it a marketing outlet for handicrafts?

The headquarters is more than just a product display platform. It also includes workshops for those interested in learning handicrafts at the hands of artists from around Egypt, along with seminars and educational activities that are held in Egypt and abroad. This is in addition to promoting the basic cornerstone of Yadawya, namely, teaching Egyptian heritage, not just promoting it. The main objective of the foundation is to empower local craftsmen in Egyptian societies and to spread the culture of handicrafts.

Which products do you focus on?