As soon as the 2019 Africa Cup of Nations (AFCON), hosted from 21 June to 19 July in Egypt, came to an end, the pre-tournament situation returns. The league matches were played without fans, the renovated stadiums were closed, and the quality of TV broadcast of games was once again poor.

Daily News Egypt spoke with Mohamed Samir Zaher, marketing director in the Egyptian Football Association (EFA), about the department’s plans to develop the football in Egypt.

What are your plans for developing football in Egypt?

The marketing department is awaiting the election of a new board of directors of the EFA as the last board, headed by Hany Abu Reda, has resigned on the background of Egypt’s early exit from AFCON. The marketing department is preparing several proposals for the development of football in Egypt benefiting from the huge success in organising AFCON. The upcoming EFA board would discuss these proposals.

Can you tell us about your meeting with the representatives of Spanish La Liga?

The EFA has held two meetings with the representatives of La Liga to benefit from their expertise in the development of the Egyptian football. There are many things that must be considered in this file, notably setting a fixed schedule for the league matches to ensure the best promotion of the tournament because the good organisation would avoid conflict with other competitions or events that could affect the viewing rates.

Have you reached any agreement with La Liga?

How can Egypt benefit from the renovated stadiums that hosted AFCON?

Regular maintenance is necessary to keep these stadiums in their best form. When the league starts, each club should have its home stadium so it will be easier to maintain stadiums, since there are at least 20 stadiums ready to host the league. In most countries, all clubs participating in the league should have their own stadiums, but under the current circumstances in Egypt the league clubs can rent stadiums for the whole season.

How can we capitalise upon the success of Tazkarti to bring football fans back to stadiums in Egypt?

There is a clear tendency for the return of fans to stadiums in local tournaments, but this requires making some changes in the Fan ID system, for example, the ID should bear the logo and colour of the favourite team, each club’s games should be played in the club’s region, such as Misr Lel Makkasa in Fayoum.

Under the current circumstances, can Egypt establish a professional sports league organisation?

It is difficult now to establish a professional sports league organisation because it would have the right to market the local competitions, and there is already a sponsorship contract between the EFA and Presentation by which the company has the commercial rights of Egyptian Premier League until 2022. 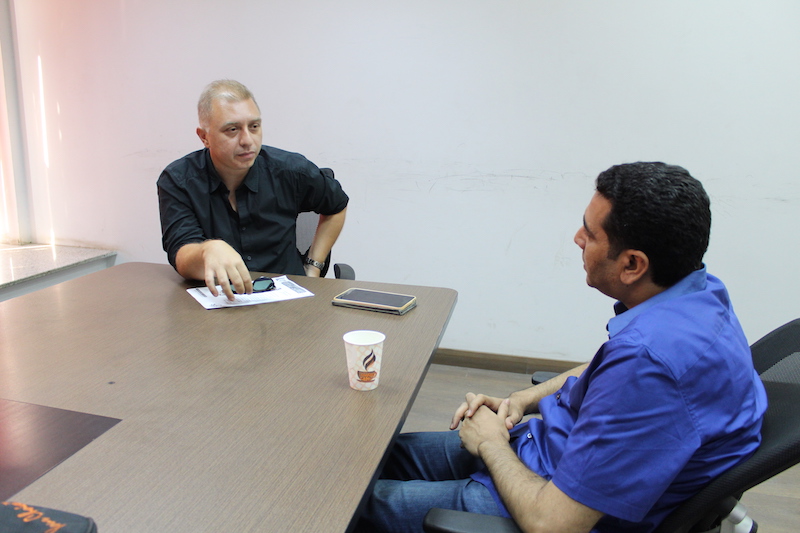 What about the possibility of applying VAR in Egypt?

What are the updates of adopting a unified ball for the Egyptian Premier League?

The resignation of the EFA board has halted an agreement with Puma to produce a unified ball. According to this deal, each club would receive 100 balls. The agreement will be postponed to the next season, even though the company has already made the ball with the EFA logo and started selling it at its stores.

Are there any plans to improve the TV broadcast of league matches?

The marketing committee will present a proposal for the coming board of EFA to develop the TV broadcast of the Egyptian Premier League through an agreement with the Egyptian Radio and Television Union (ERTU) to allocate a certain number of cameras in all games, as it would be costly to contract with foreign broadcasting companies.