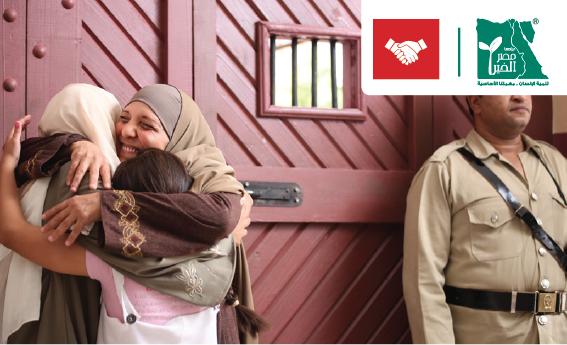 Misr El Kheir empowered 2,500 female breadwinners either indebted or not across the governorates of Egypt, since its establishment in 2017, through setting up projects for them, according to Fundraising Sector Director, Misr El Kheir Foundation, Amal Mobada.

She explained that the in debtors file topped the priorities of the foundation, as this file is considered important not only in the preservation of the entire family, but also for the development of the society.

In that regard, she stated that Misr El Kheir helped and paid for the release of more than 68,000 indebted female and male inmates since the establishment of Misr El Kheir in 2007, mostly women.

In that context, Mobada revealed that the foundation annually targets to help release about 10,000 or 15,000 female and male indebtors in prison, who are victimised by the circumstances.

Mobada explained that the foundation role begins by following up on the cases of the female indebtors until they leave prison after the foundation negotiates with the creditors and pays the full debt owed to them.

“Our role does not end when the indebted female is out of prison, but out role extends to offering physical and social protection by providing income to the female indebtor’s family,” she continued.

“We have two types of female indebtors, the first type is the female indebtor that couldn’t work due to having a serious disease, thus the foundation provides financial support for them on a monthly basis, in order for them to be able to meet their needs, in addition to benefiting their families from all the programmes of the foundation in the fields of education, health, and social solidarity, ” she said.

“Meanwhile, the second type the female indebtors that could work, here we provide them job opportunities according to the social conditions and the family’s environment. Some of them are trained in crafts and subsequently join the factories of the foundation for hand carpets in Abys in Alexandria,” she stated.

Mobada mentioned that Misr El Kheir came to the village of Abyss seven years ago to help its people, where the foundation helped and released 174 female indebtors, after that the foundation thought about setting up projects to provide them with a constant income for the family so as not to borrow again.

By asking Mobada, if Misr El Kheir sets specific conditions for agreeing to help women indebtors or if there is a maximum amount of money that it pays to release indebtors in prison, she stated that there is no maximum amount, explaining that it depends on the case itself, while talking about the conditions she stated that the indebtor should have a sentence against them, noting that the foundation conducts a field research about the case to ensure the validity of the case, also by asking their neighbours ,etc.

“We also have cooperation protocols with all prisons across all governorates to notify us regularly about the needy cases in prison who are in debt,” she added.

Mobada assured that the file of the imprisoned indebtors is one of the top priorities in Misr El Kheir, noting that most of the donors prefer to pay donations in this file as it is a clear command of the commands of Almsgiving.

She said that the priority of Misr El Khier is not to provide money for needy cases but to develop their skills.

In that context, she stated that the foundation has succeeded in completing the first phase of its plan to empower women and indebted females by encouraging them to develop their skills and produce more products in their regions, in six governorates so far, including Cairo, Giza, Sohag, Alexandria, north Sinai, and south Sinai, as the foundation opened outlets to market women`s products in these governorates.

“The second stage, which includes Nubia in Aswan, Siwa in Matruh and Shalatin, will be completed before the end of this year, where the foundation will also open outlets to market women’s products in the aforementioned governorates,” Mobada revealed. 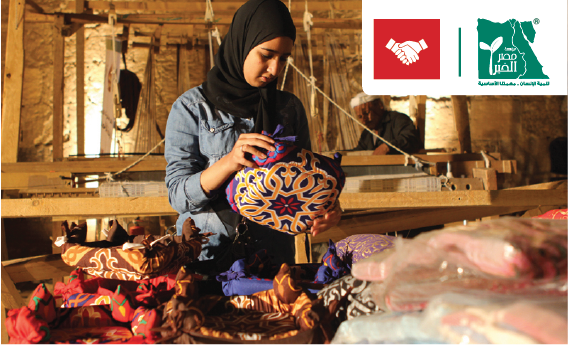 She explained that at the beginning the foundation has set up small projects for the female indebtors then after some of them were integrated and happy with these small projects, the foundation decided to make a consolidated project under the management of the foundation, highlighting that the establishment of the first factory was four years ago in the village of Abyss in Alexandria, then the number increased reaching the current four operating factories, and, in addition, this year witnessed the laying for the stone of the fifth factory, that is expected to provide 5,000 jobs.

Mobada stated proudly that through these factories the foundation exports handmade carpets to America, Canada, Italy, and the UAE.

Moreover, Mobada shared that the foundation has 175 projects in several areas, including health, social solidarity, education, scientific research, and other life aspects such as culture and sports, in addition to providing support for people with special needs.

She mentioned that the foundation is currently working with its partners, either individuals or companies, on the project of “Sak Al Odohaya,” which means the sacrifice or slaughter of an animal on specific days for the pleasure of Allah.

Mobada explained that the project this year targets to distribute 30,000 “Sak”, declaring that the price of the Sak this year is EGP 3,300 for the purchase of 27 kilos which represents the seventh of the sacrifice.

She stressed that the foundation succeeded the previous year in distributing 28,000 Sak.

Meanwhile, Mobada pointed out that the foundations’ winter campaigns have repaired 3,720 houses, across all Egypt`s governorates since its establishment.